On our way from Kanazawa to Tanabe south of Osaka for our next part of the trip we made a stop in Hikone to just break the tedious journey. The city itself is rather non-descript but the castle is nice and well worth a short stop. They claim to be on the selection list for UNESCO and might well achieve it. 25 years the castle was built and still in the original state… 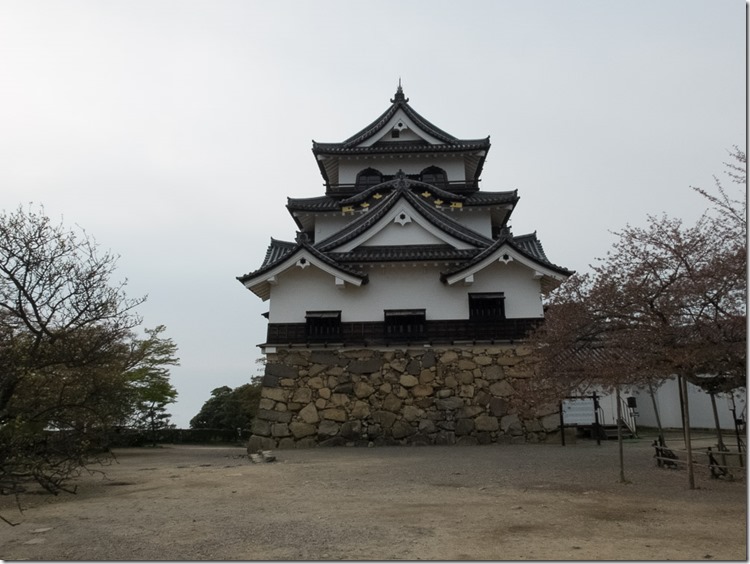 The typical Japanese pleasures are everywhere 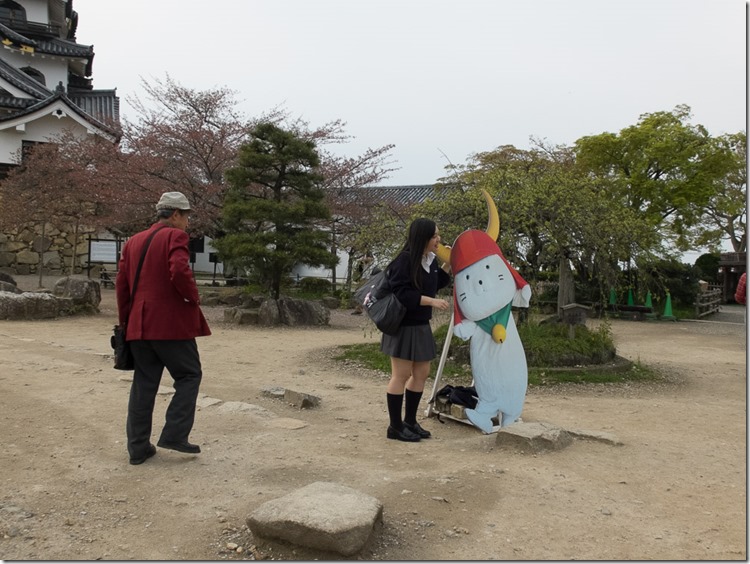 Inside all parts are made from wood. The ceiling was amazing as they used the natural trees. We didn’t find out if it was done for beauty or for fortification (earthquakes, etc.) 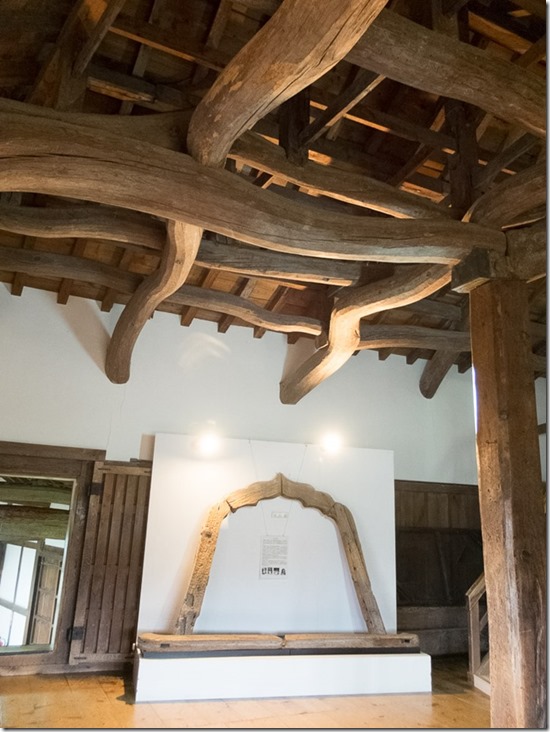 As usual the procedure is – shoes off, get a bag and carry them around.

Just walking in socks is a strange feeling at stairs like these. They are perfect for defence but a nightmare with slipping feet…

The castle garden and grounds were very, very nice

And again the petals are washed away…

Again the castle from the garden 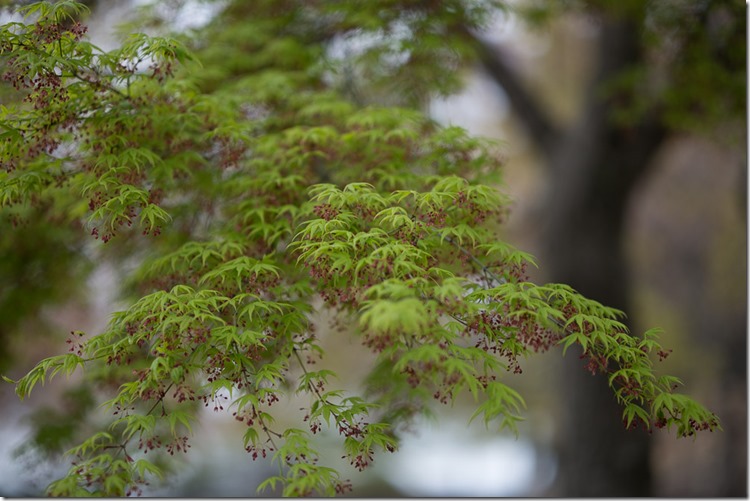 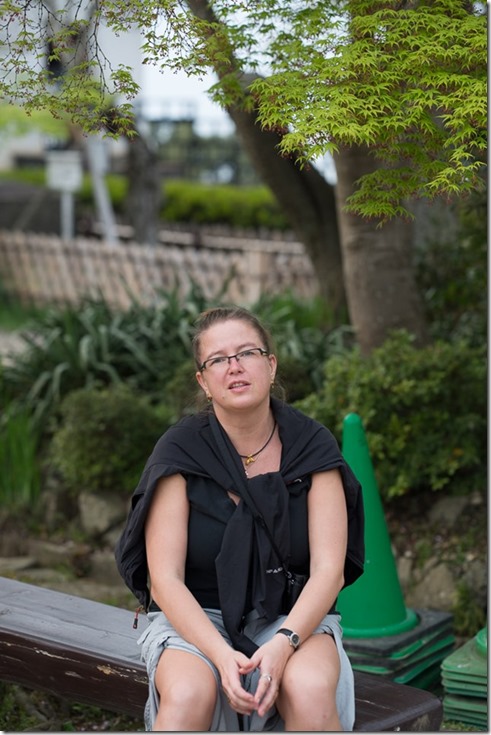 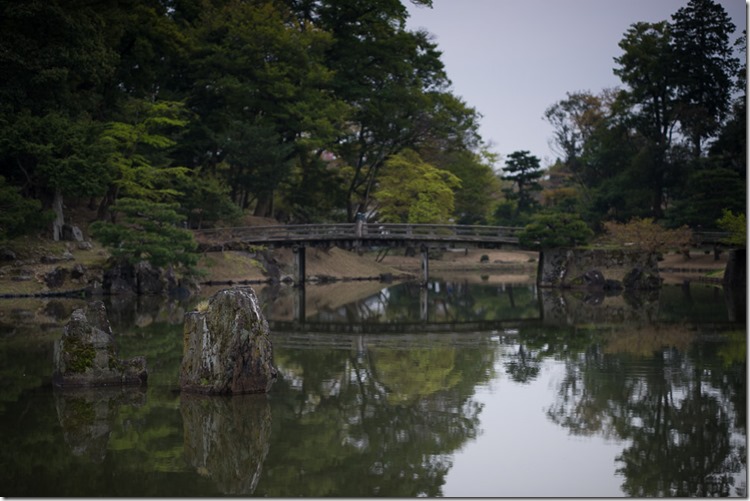 Koi-Carps and turtles as well, of course…

In general not very much to distract the eye, very rarely colour, but solemn beauty and structure are the main characteristics of Japanese gardens. 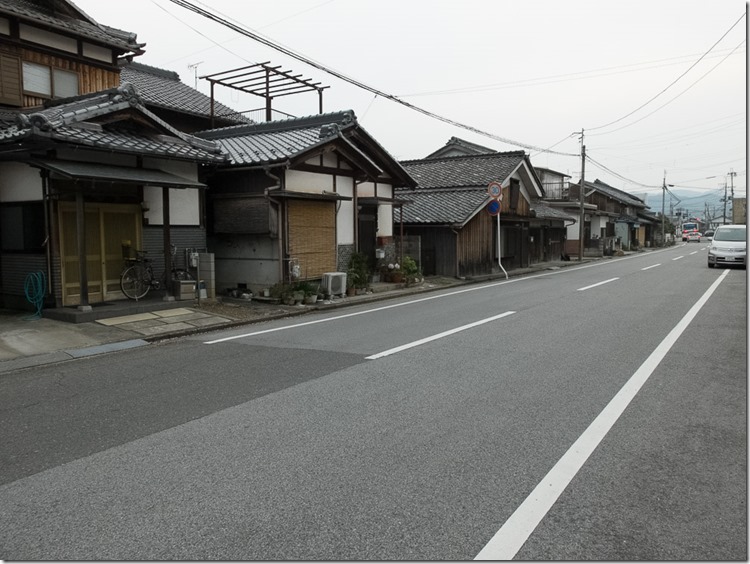 The recession is visible everywhere

And our lucky day – the ferry terminal still sold us some beer!

What a place to enjoy

A channel towards the lake 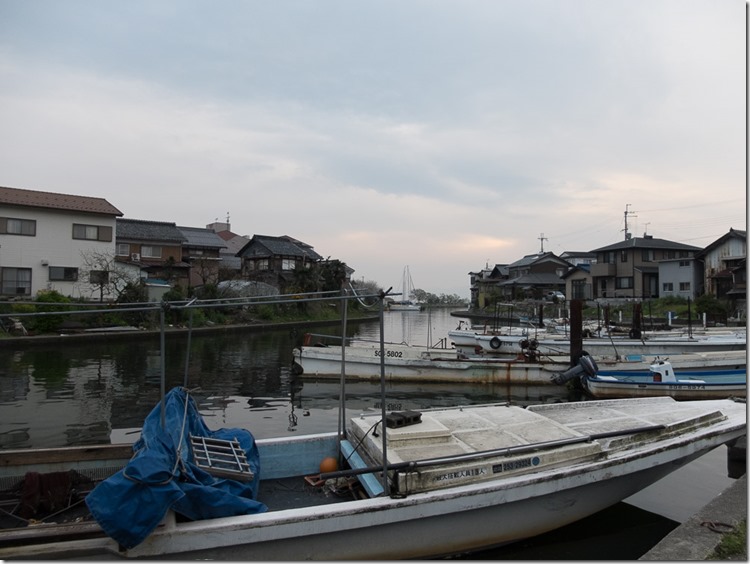 With people trying their luck with their rods

Well, this is not a six-pack but a sixteen-pack

Searching for food can be thrilling 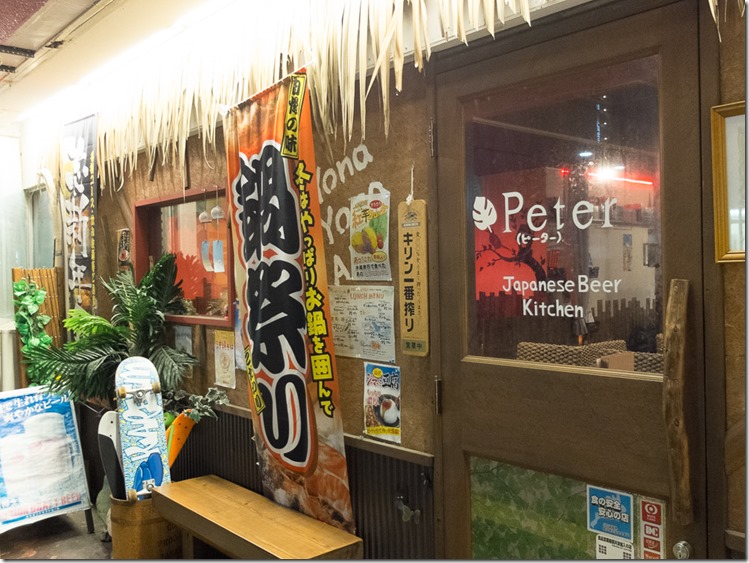 Or arrogant… In the beginning this looks funny, but just imagine the concept. The customer has to learn the vendors language… 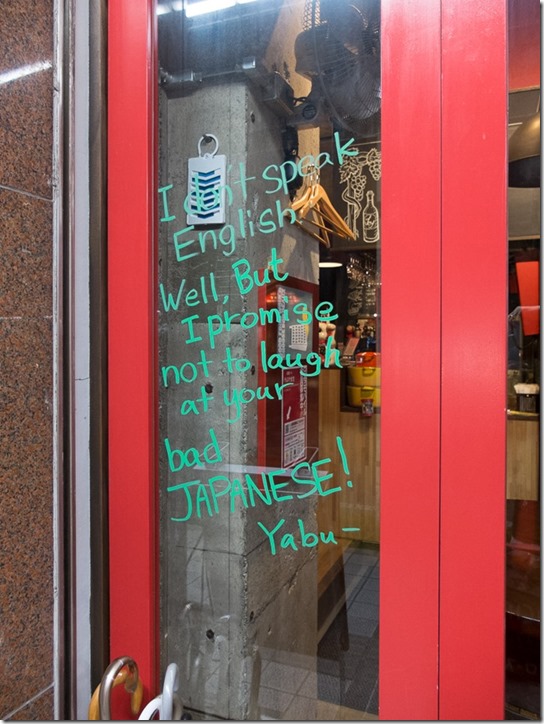 In the end we took a restaurant which had at least non-smoking parts. Taking off the shoes was the first challenge after a long day walking… Sitting cross-legged behind a table the second. I cannot sit like that for a longer time, so I opted for the relaxation variant 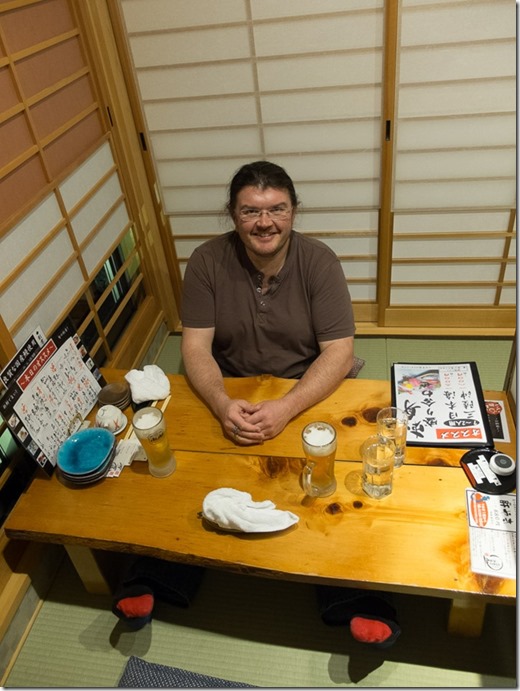 We never found out what this was… 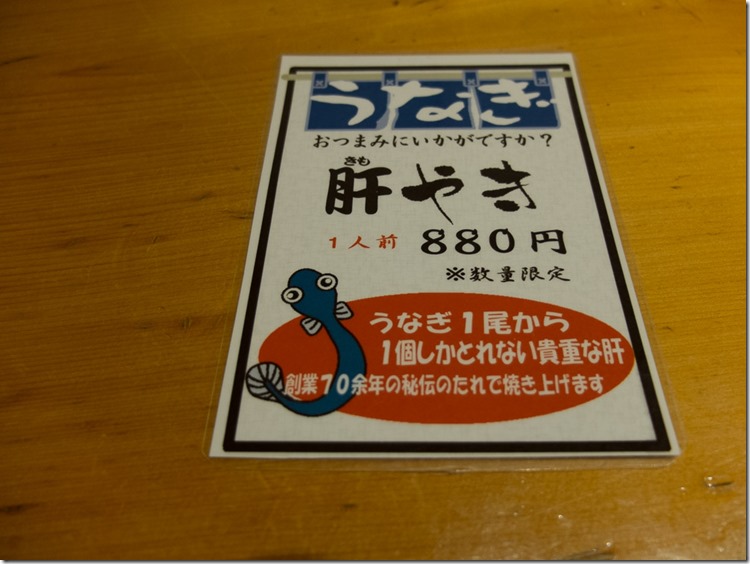 Sometimes the English texts are just too stupid to ignore

The food was average, the portions small… Then they had no idea what Mastercard is or a pin-code and as no-one (as usual) speaks English this gets pretty frustrating… In general the rule for Japan is to have cash with you all the time – never expect to be able to pay by credit-card! 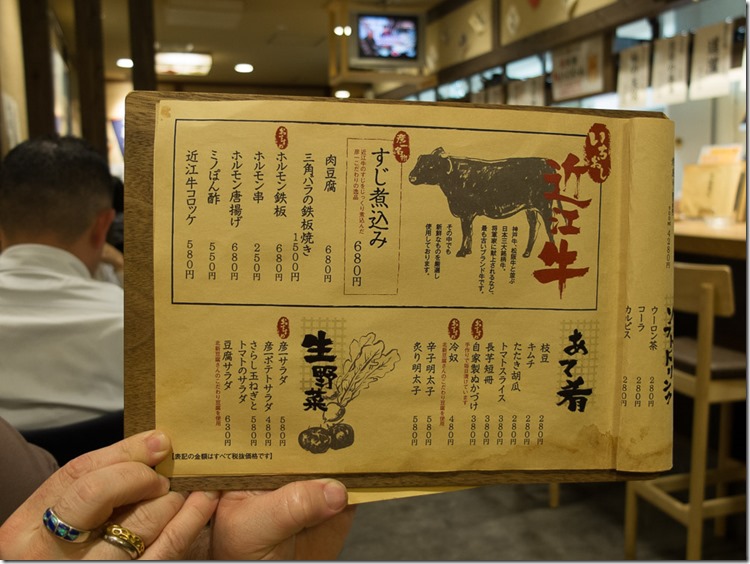 Yet the outcome was unexpected… Fat (yes, pure white fat) in gravy with soy… Well, we tried one and then the soy 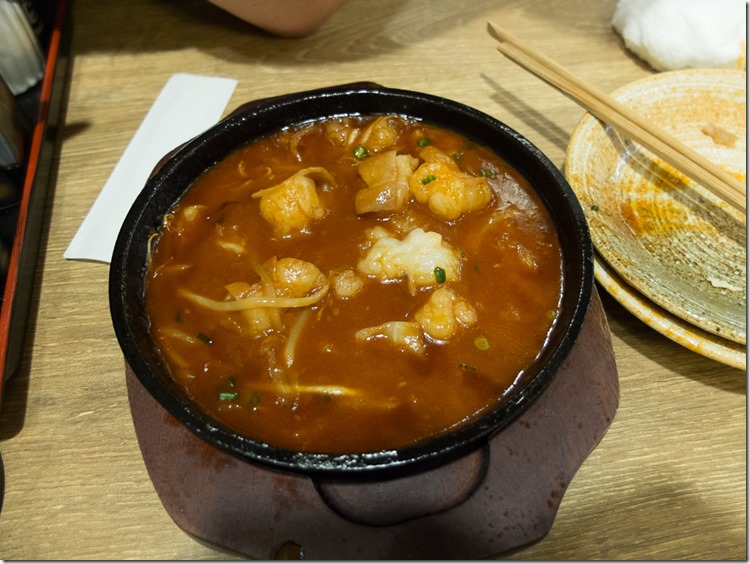 The usual look & feel of these places 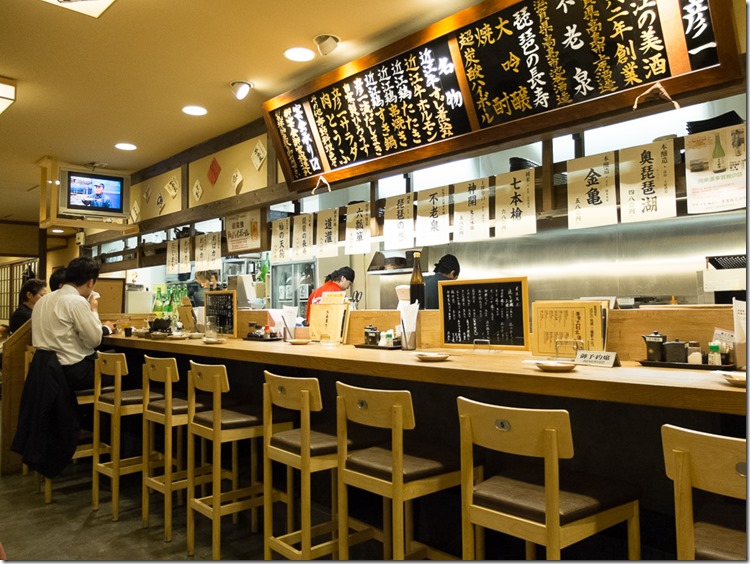 This is the classical way how to sit

If only we would be able to read all the specials…

Funny they had Barcelona (Sagrada Familia) on the wall… 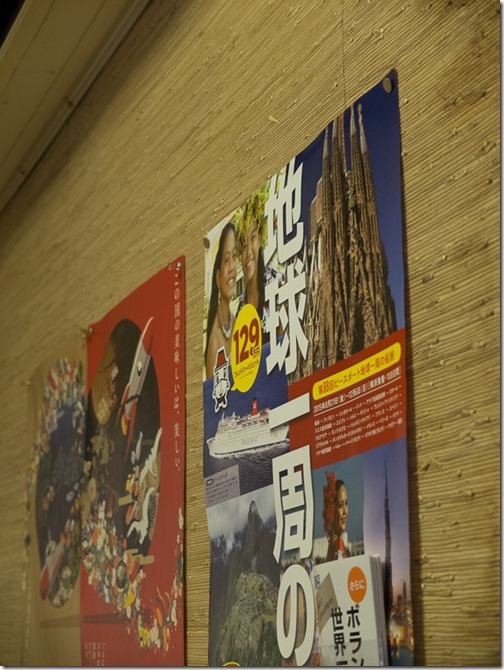