Today our trip took us to Wast Water lake – one of the western lakes in the Lake District, which means that you actually have to drive for nearly 1.5h from Lancaster. Yet in the end it definitely was worth it!

The slopes of the surrounding mountains are coloured in different shades 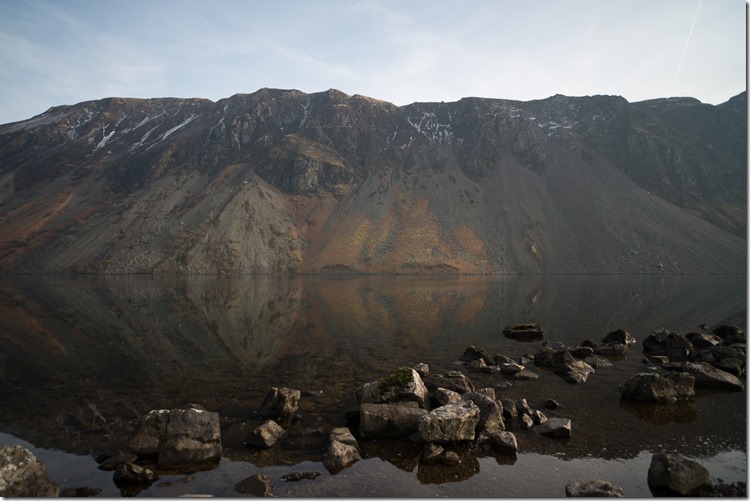 and the whole lake has a rather eerie feeling

It was rather chilly again, but the steep incline made you warm within meters 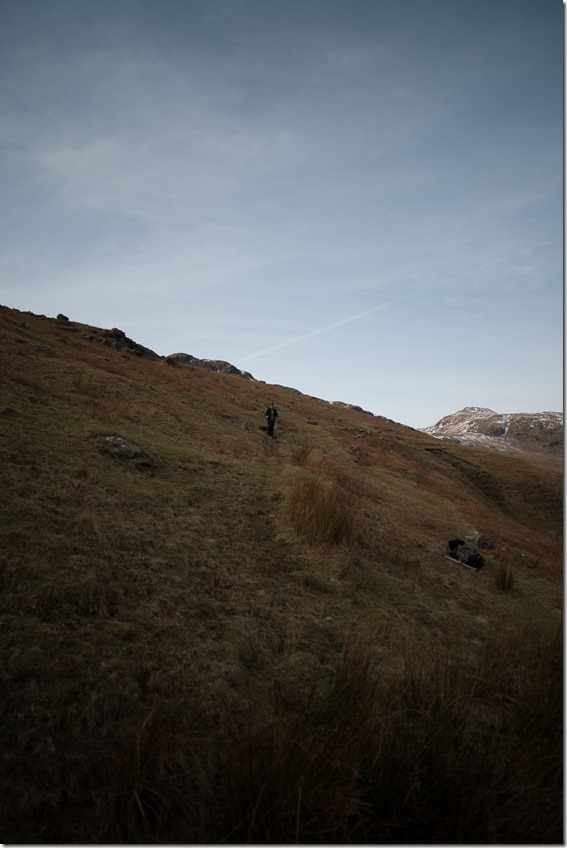 The look back towards the lake 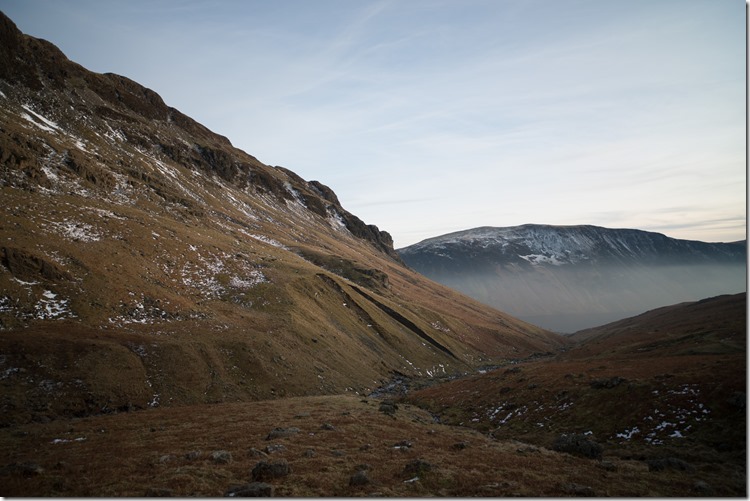 The sheep here are very fluffy as well – more like bobtails 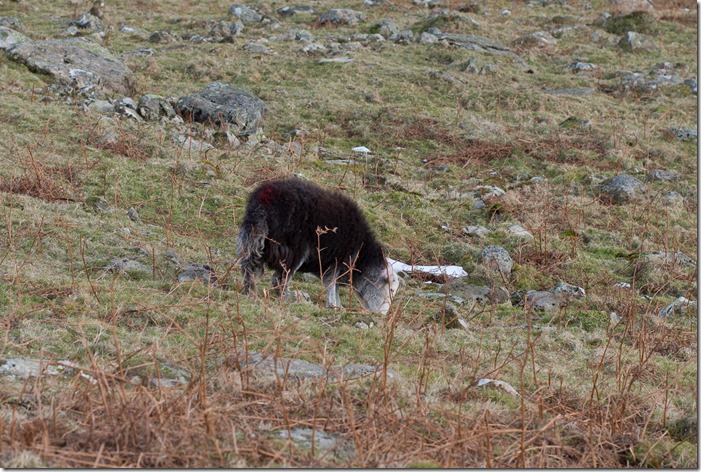 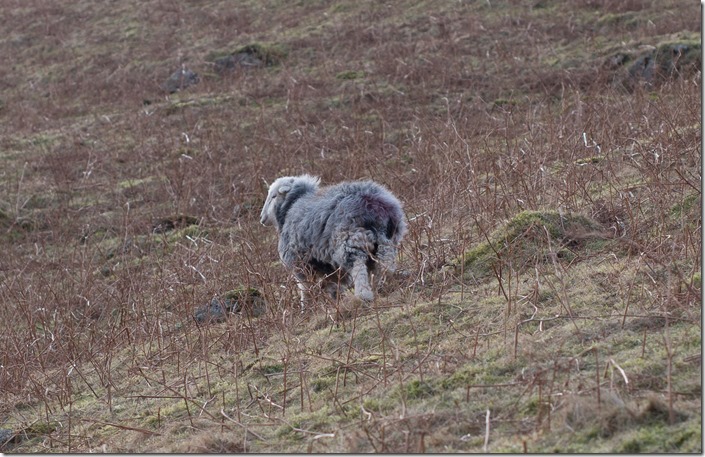 As it gets dark at around 17:15 we had to turn back pretty early to catch the last rays of the setting sun

Everything is still in winter mode 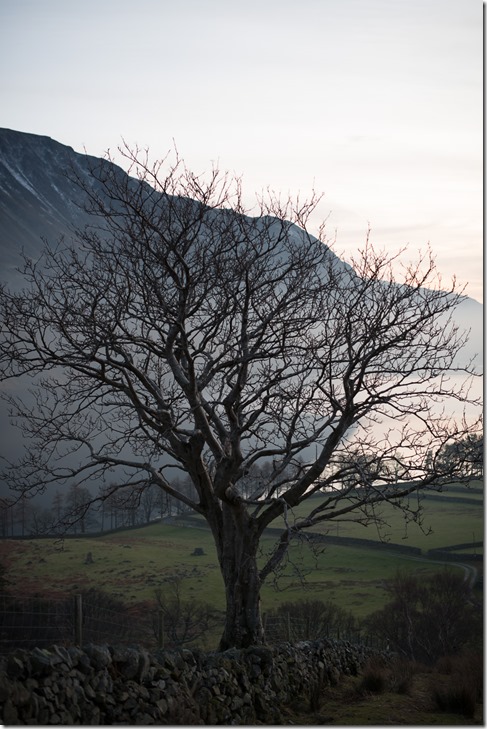 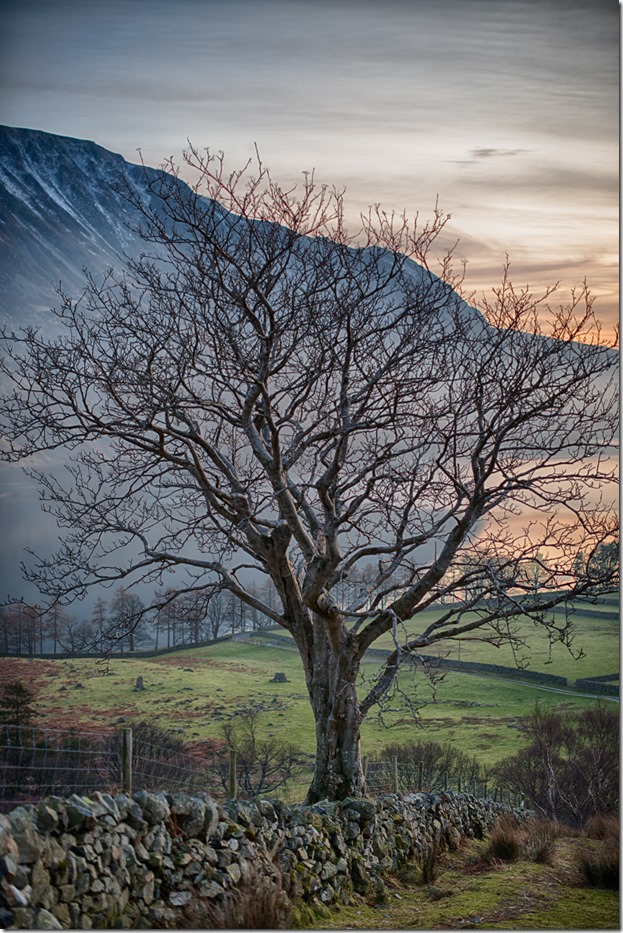 Single birch before back… 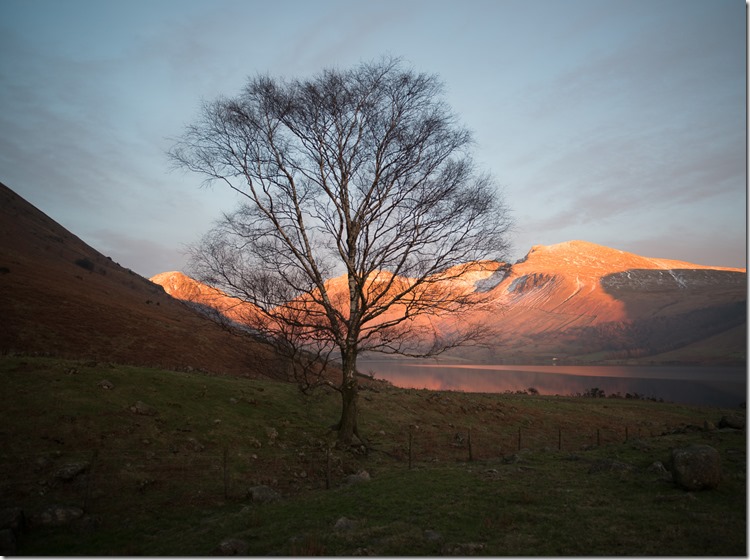 The sky was ablaze – as were the mountains 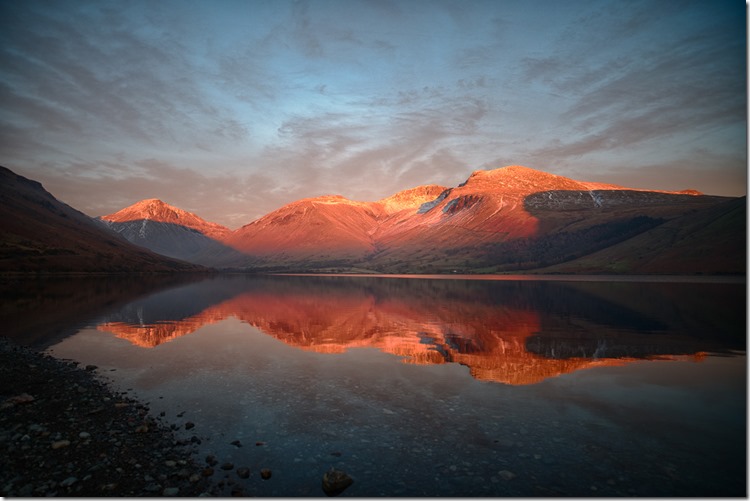 I loved these views 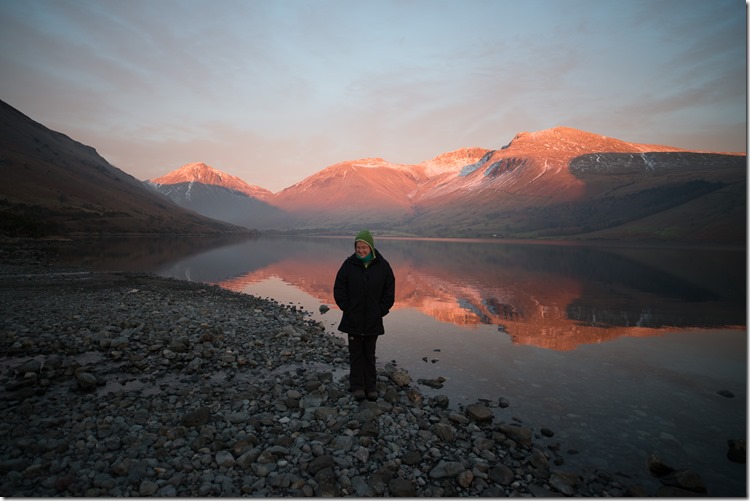 The very last ones

Afterwards we headed to a typical countryside pub with real ales 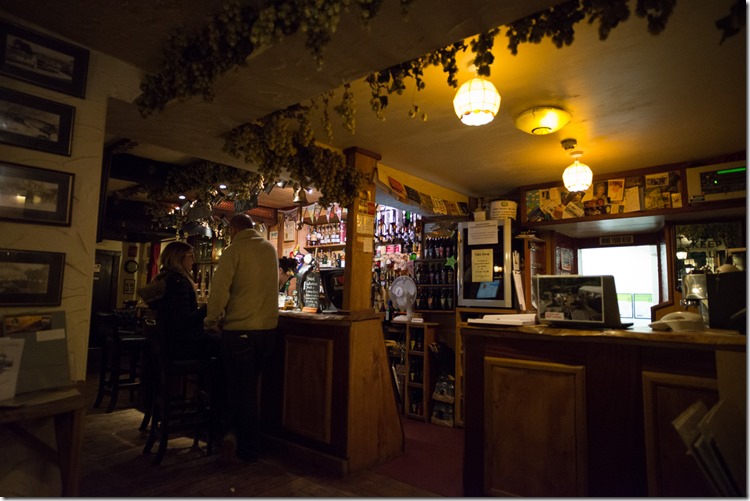 And hops as decoration

Open fireplace, hot beef & beer pie together with 2 nice pints… What else do you need?

After the pub we just returned and retired…

The next day started in pure fog. Crossing the mountain range to the North revealed a blue brilliant sky indeed. So we made some small hikes – this time starting alongside a river

not a single leaf is visible… 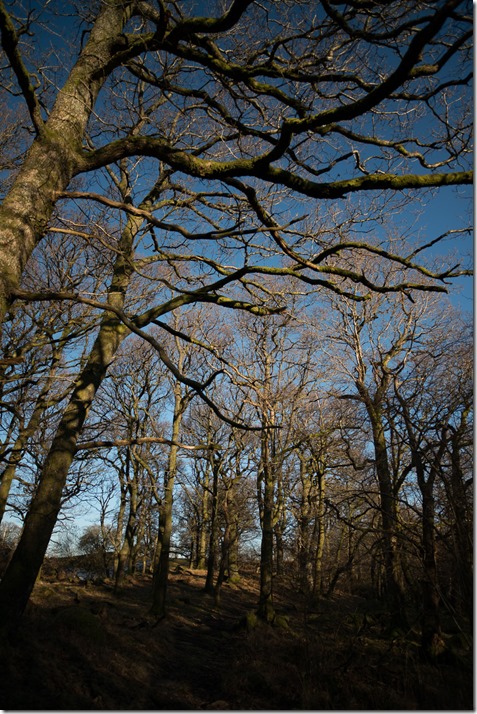 ) of agriculture and use of the land can be seen… 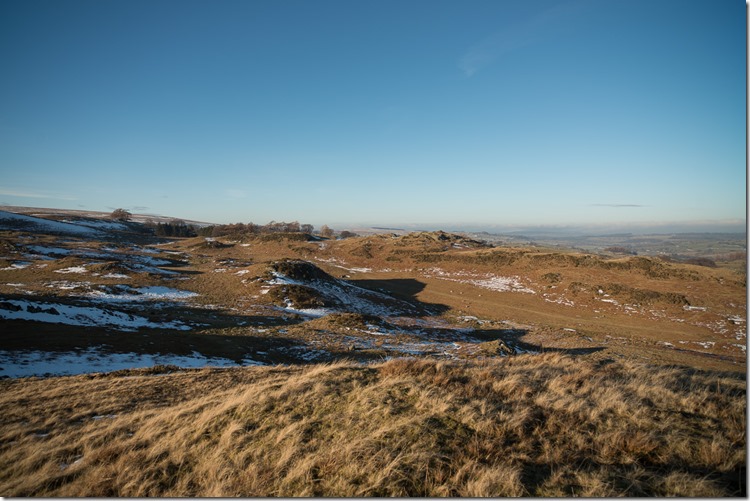 Not a single tree – just meadows for sheep 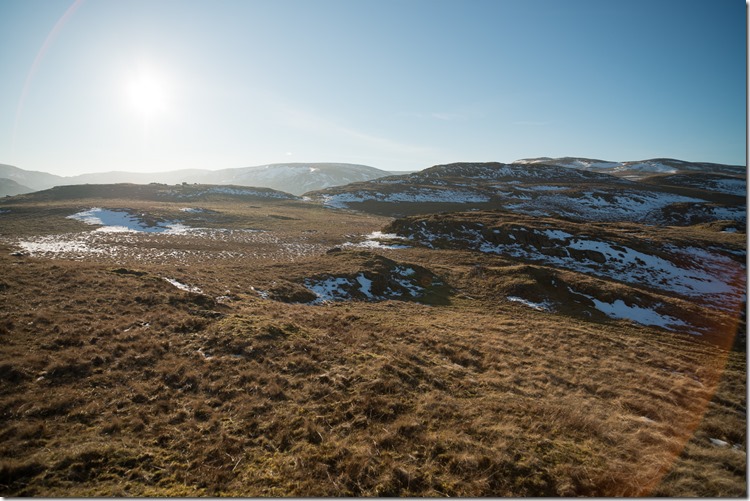 The lake (actually a reservoir) is below

Basking in the sun… You can see the single lane sheep tracks – sometimes they are double lane. Our nickname was dual carriage sheep-way 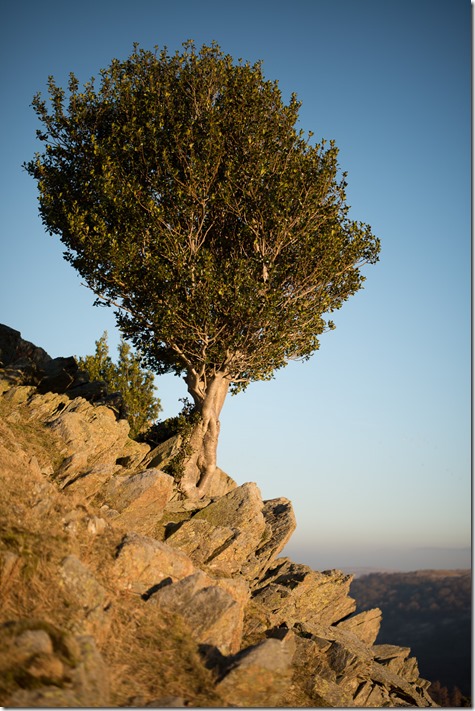 Growing out of stone… 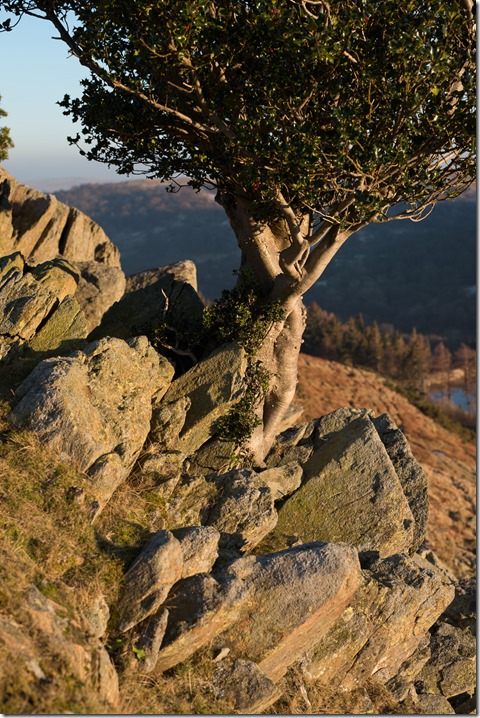 Back at the car the real old oaks 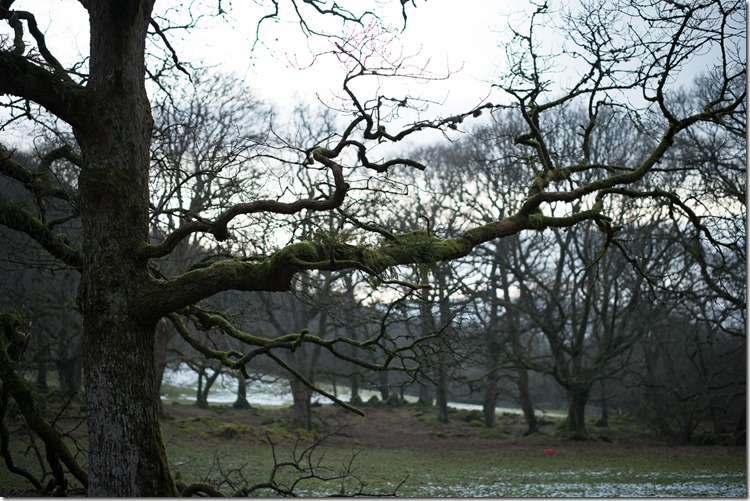 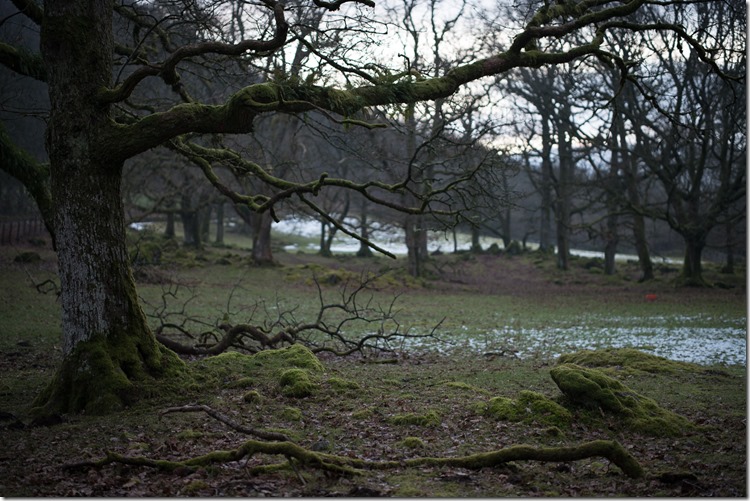 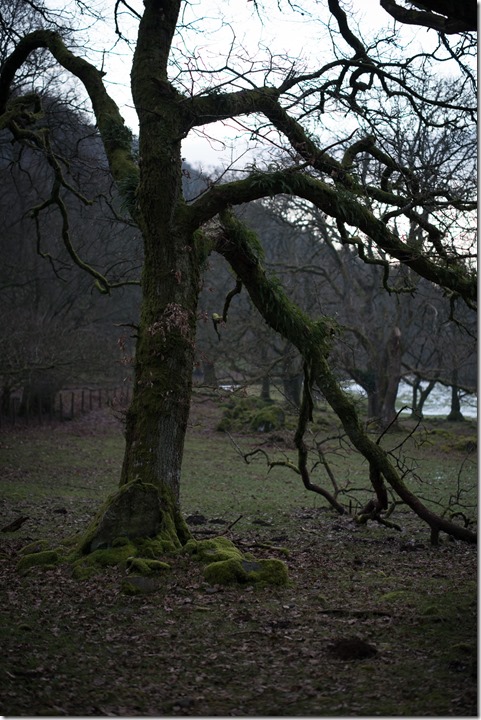 The next day was a traveling day and I ended in Kings Lynn – an old hanseatic town (pretty much like Lübeck). Most buildings are from around 1400 – 1600, including the hotel (1452…)

Henry VIII or Elizabeth I

And the story goes on…

This time it’s about heads…

An old building alongside the main market place 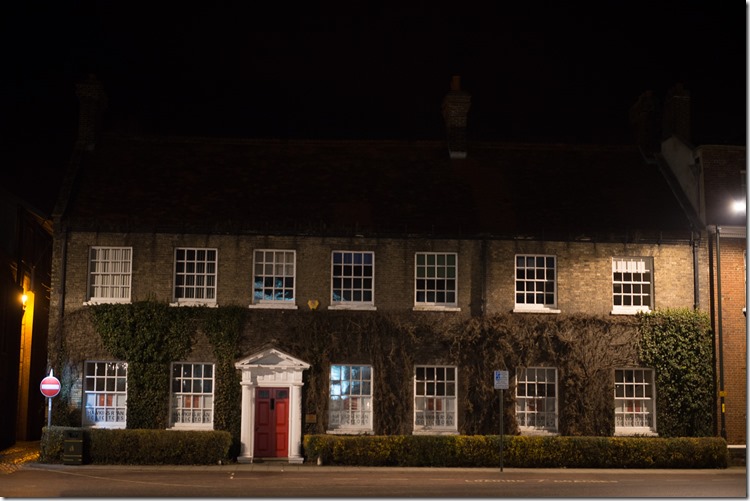 and a very colourful Pakistani restaurant for the dinner

(just as a kind of escape from classical English food…)