As the weather turned out to be rather good in the higher parts (which usually is cloud covered) we decided to walk up there (where it is around 8° cooler as well…). We were just happy to see that we are not the only ones feeling too warm

No idea why, but it seemed alright – just a bit young and flustered 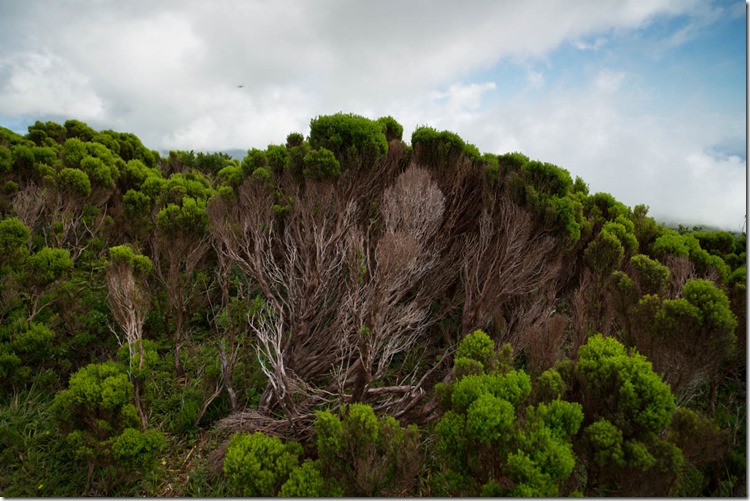 inside a volcano crater

It was so warm, that the tar started to melt and form bubbles

The very last trip and end of the walk

A beautiful example of a side-volcano (not the main one, but a kind of “spot”)

Sunset in the harbour

And our beloved restaurant, whale-watch-station, etc. – we call it simply “The Whaler” 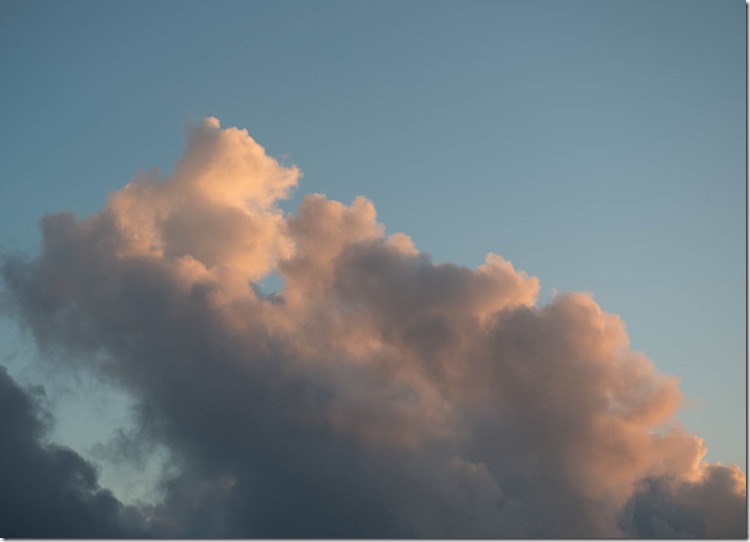 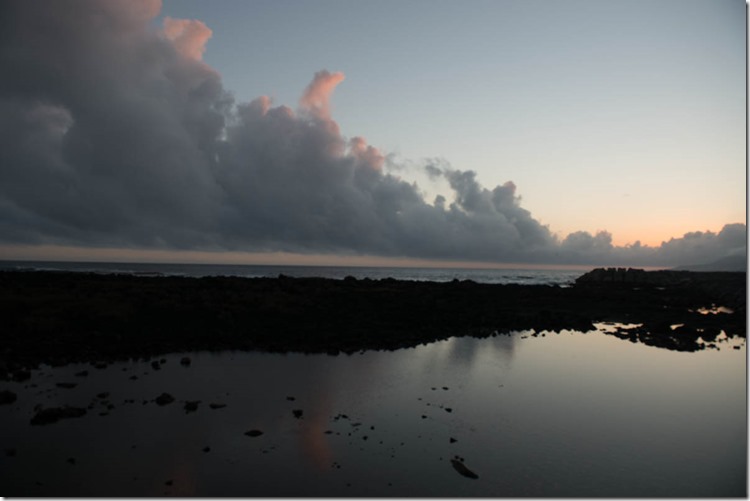 The next morning, on the day where we were flying to Sao Miguel, the weather had changed again. Grey, clouds, warm – the typical hothouse

On the way to the airport the lava fields where they started to cultivate grapes in small quarters. The grapes get their water only from clouds and natural occurrences (aka rain

), yet didn’t look too healthy to us.

Then, after a short flight and the usual havoc at the airport back to Caloura Hotel (with air-con 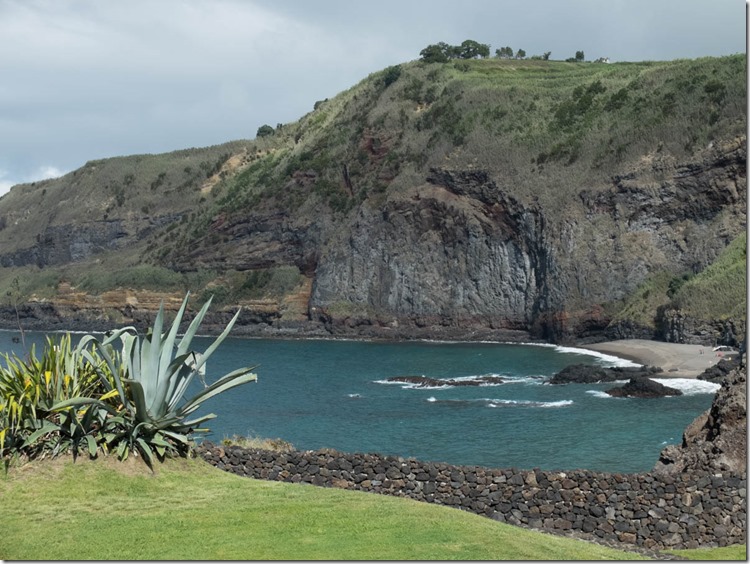 The next day we made a small excursion to a botanic garden (actually more an old park of 6 hectare) in Ponte Delgada. The fruit of the araucaria (which was the main diet of some dinosaurs) is quite impressive

with some 30 cm in length. Just imagine it drops on you while walking by…

A fig tree with fantastic roots

And a Japanese tree

another fig – this time around 160 years old

and the ever present bamboo

We called this Australian tree an “eye-tree” 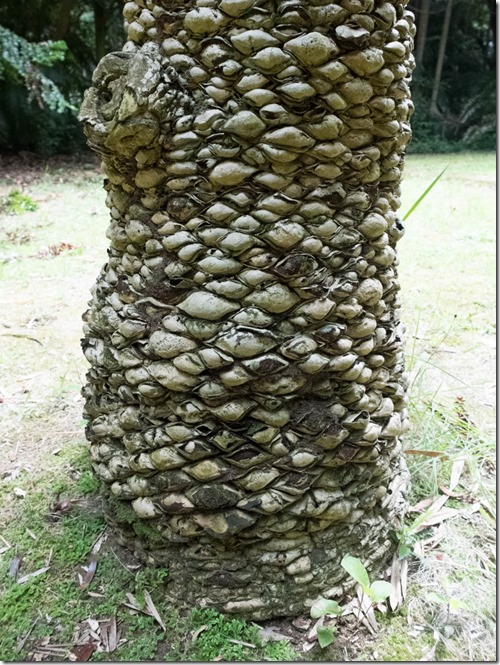 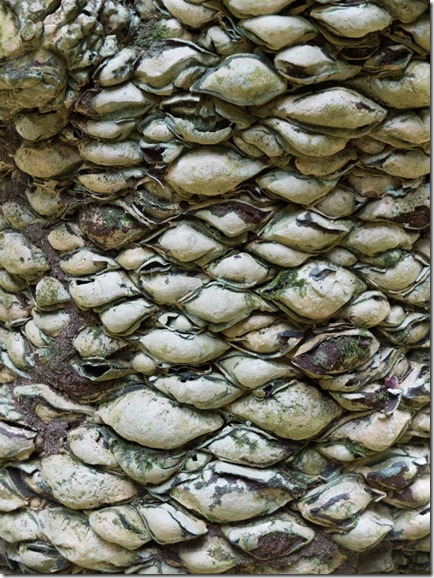 And… as very often… It started to rain in the evening 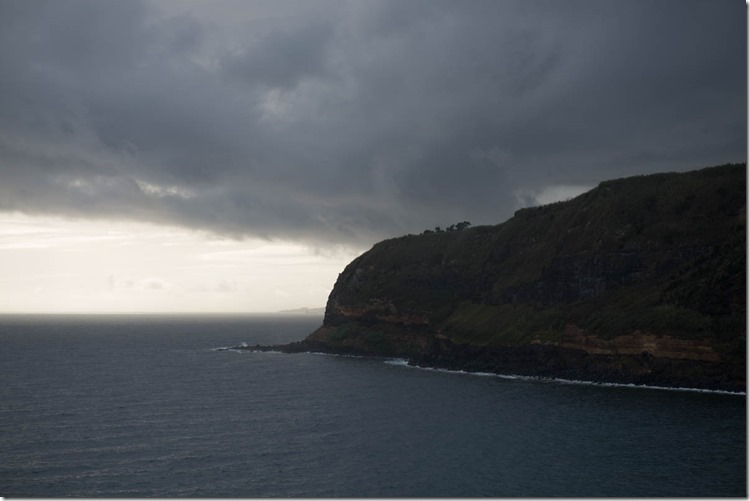 That was a reminder of the best Japanese English translations…

Yet we did like the graffiti very much. Somehow very interesting

and finally a rather weird looking church door

Some like it hot, for some it is too hot 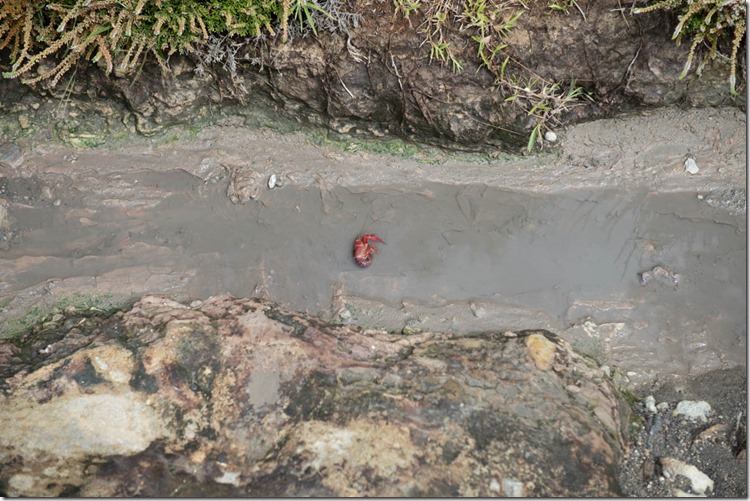 Another interesting thing done here is cooking with geothermal heat. They bring the pots with the raw “Cozido” (a kind of stew with chicken, pork, yam, potato, cabbage, etc.) which tastes very good, yet proofed to be nearly indigestible (at least within 8 h)… Real farming food, heavy and solid 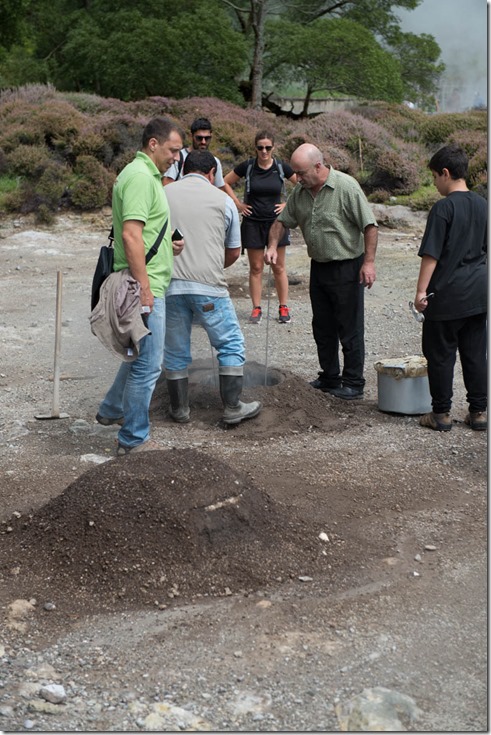 in the sand so they are cooking within 2-3 hours

After sampling the cozido and still slightly burping we headed down the cost for another smaller walk (as the one around the lake was perhaps longish, but somehow more suited for people 40 years superior our age…).

So this time we found a short, yet quite intense walk on an old path down the cliffs, which is still nowadays the only way to some villages at the bottom of the cliffs.

In the beginning the lava looks amazing 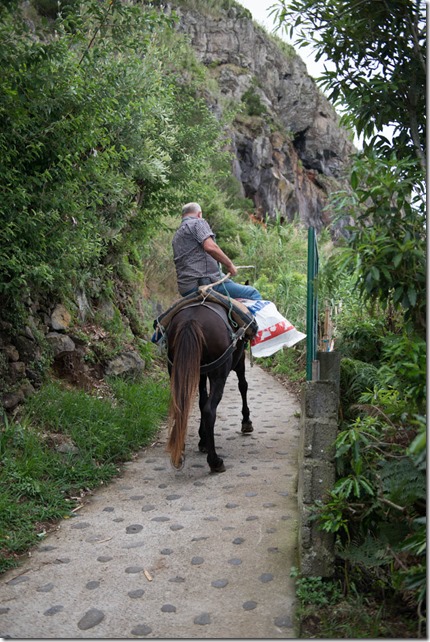 At the bottom are 2 small settlements with a wonderful beach

just lovely on a summer day 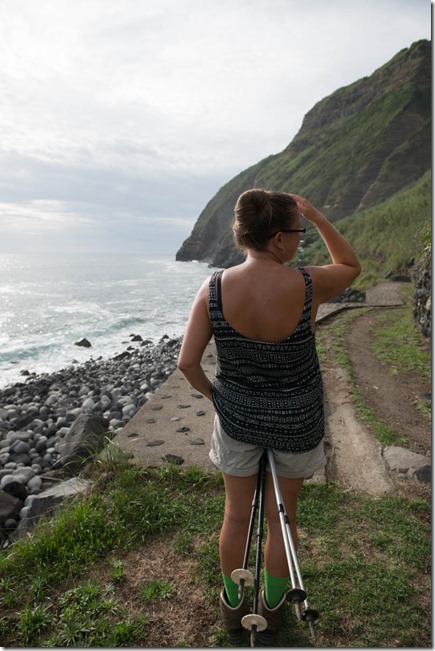 very summerly it was indeed

The way up was steep. Just imagine 160 m altitude within 1 km length. Sometimes you had 45° inclines… and then no wind, 31° and sun… A scorcher. I have no idea when I was sweating so much…

The good thing is that liquids can easily be replenished