) we made our next hop in the island chain and now are in the middle of the Azores on Faial. 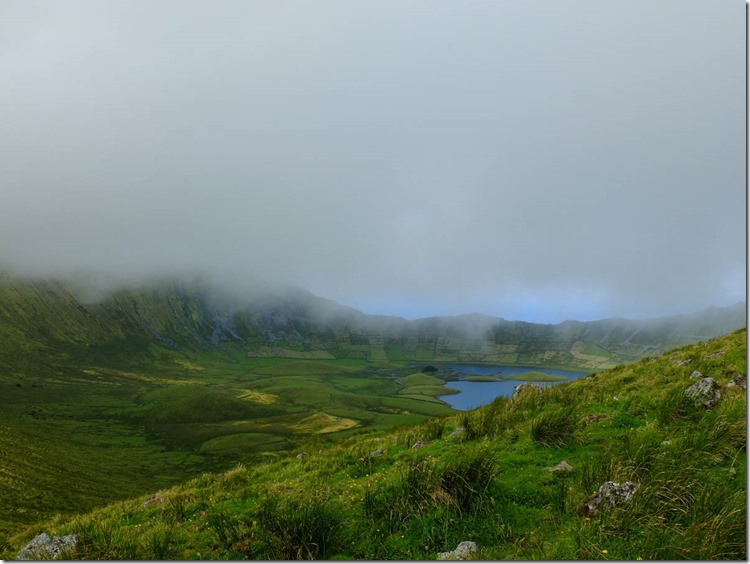 Business risk – being photographed yourself. And while concentrating you are defenceless 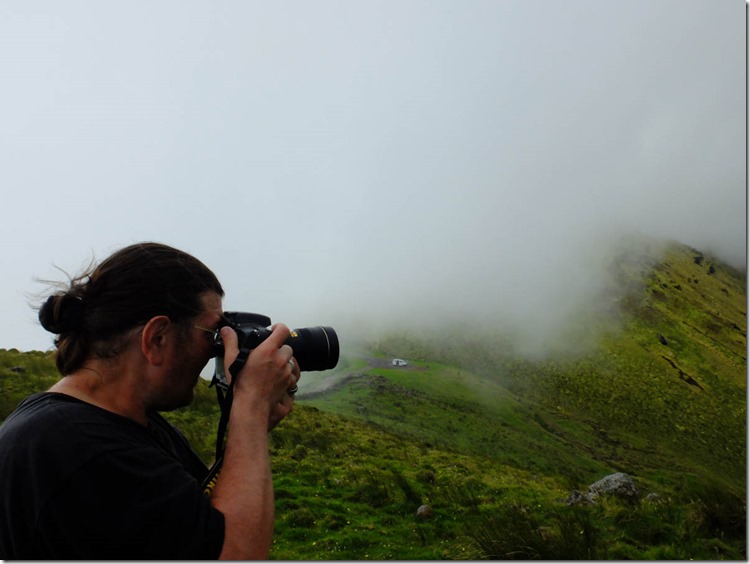 There is not too much to do and as our hotel room as already prepared we just checked in and were ready to roam around 11:00 – strange… So we took the chance as the weather was rather nice and drove up the caldera (what else?) which is quite high here (around 1000 m).

Clouds were streaming in all the time and it was rather chilly, but you had some view and this made it all good for a walk. So, off we went to circle the caldera which is only 8 km and quite easy going (+/- 120 m).

You walk on the edge all the time

Again you are immersed in hydrangeas 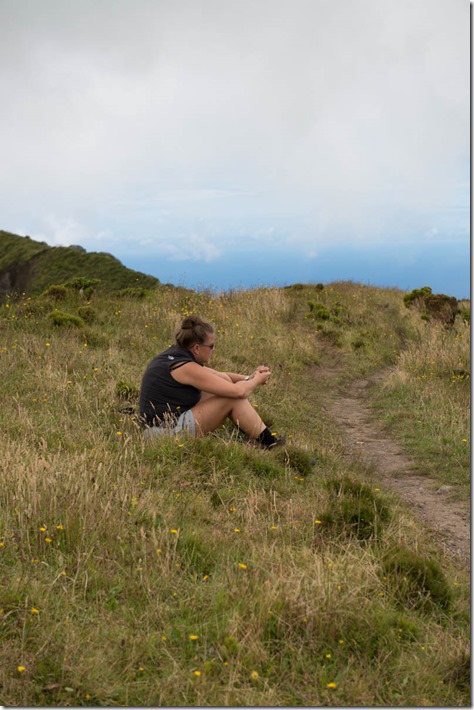 Looks more like a band of minerals than flowers 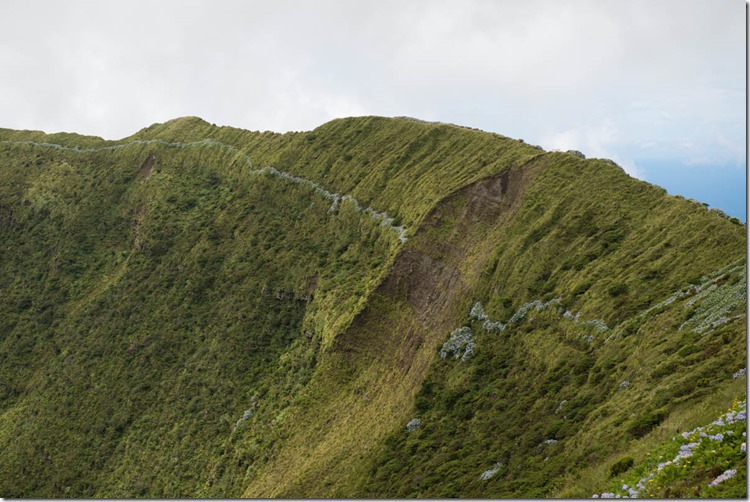 Sunny outbreaks in between

The newest part of the island of Faial – created during the 1958 / 1959 eruption which made all that can be seen in the background within some 4 months. In the end it covered 2.4 km² – now due to erosion it’s back to 1 km² which shows how fast these processes can be – growth… decline…

As a side effect the old caldera lake disappeared during the eruption as well as cracks formed in the bottom and the water just oozed away leaving the swamp which can be seen today. 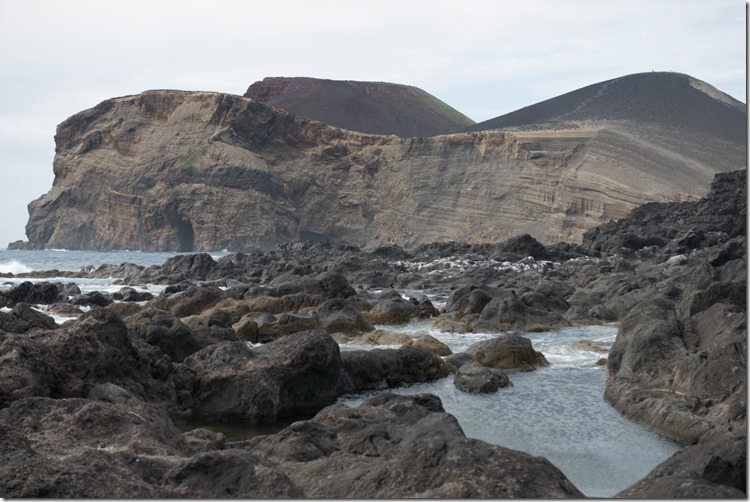 The old lighthouse – covered to the first floor in basalt. 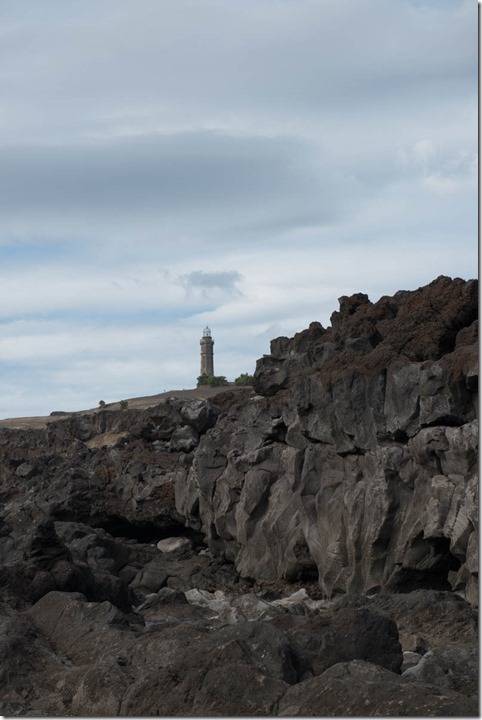 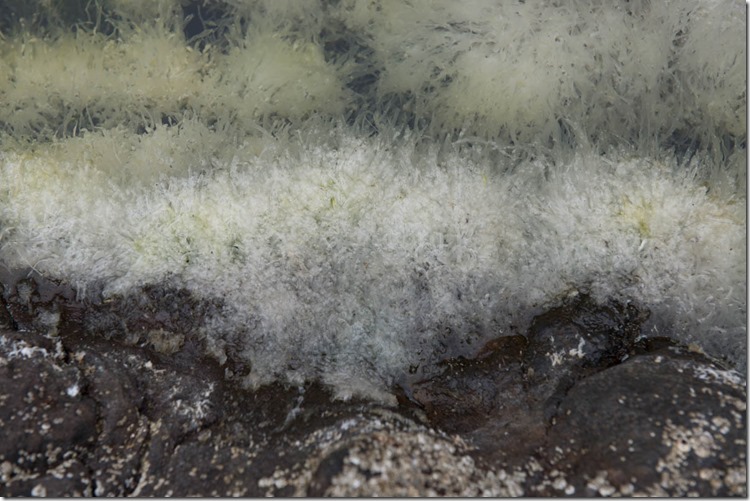 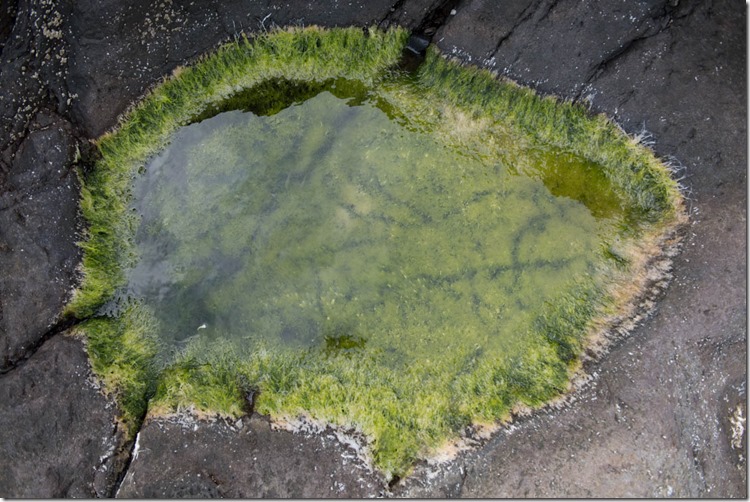 The whole area was shattered during the eruption and approx. 2 m of volcanic ash were disposed 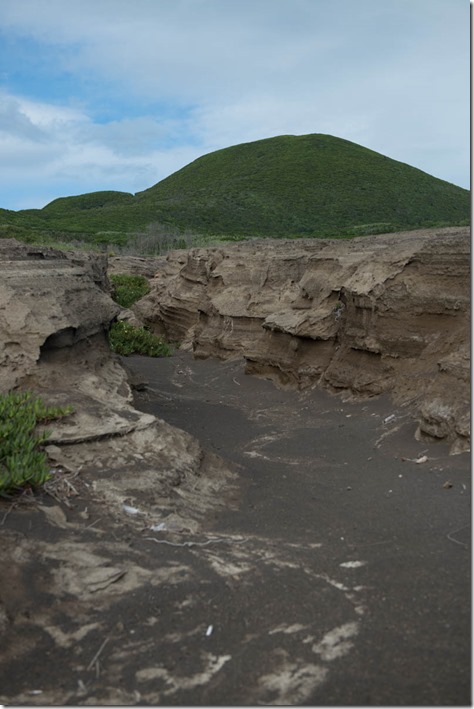