Thursday was the day we chose to take a trip to the scenic little island of Corvo which is just some 20+ km north of Flores and in principle nothing but an empty caldera with a small village at the bottom of the flank. So in theory nothing too spectacular yet due to its remoteness and the way how to get there (by boat) quite amazing and spectacular.

Especially considering that you have to cross a channel of real open water in these tiny small dinghies (which have a stable bottom but still are frightening small…).

In the beginning all is still smooth 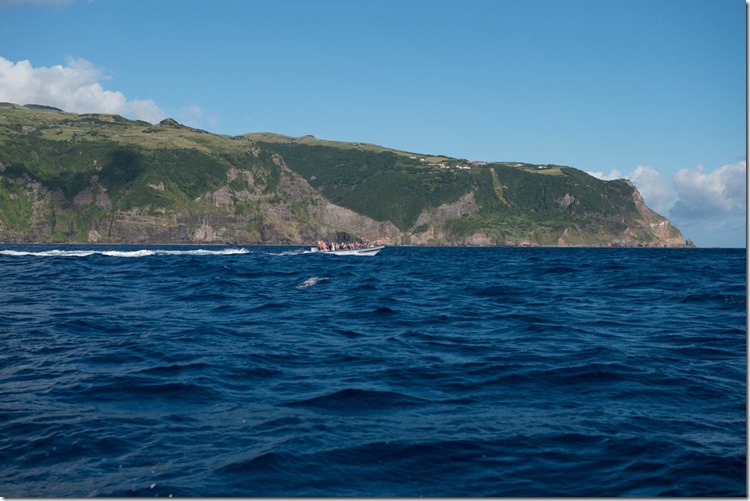 And the seagulls are your only companion

And Flores is left behind… 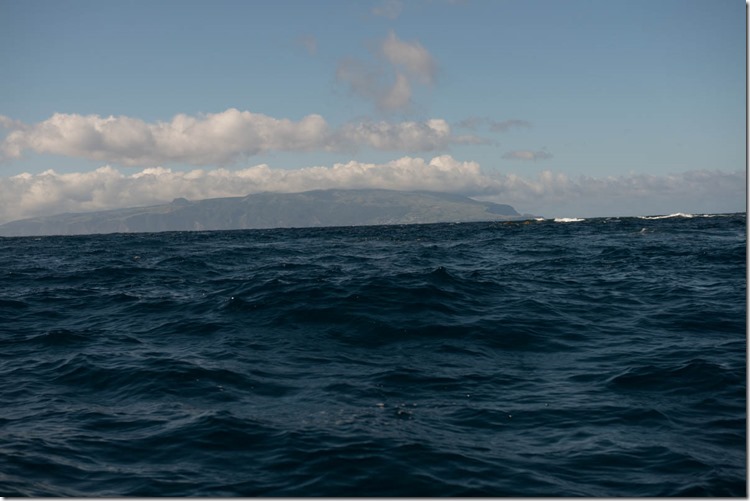 But the water gets quite choppy and so you are really happy to arrive safe and sound in the harbour of Corvo. There some taxis take you up the caldera (you can walk the 520 m altitude as well, but this is rather boring and really, really hot…). Coming up there the sight changes totally. Inside the caldera there is swamp and somehow nothing – on the sides the farmers use some of the land for agriculture (in the background of the image) 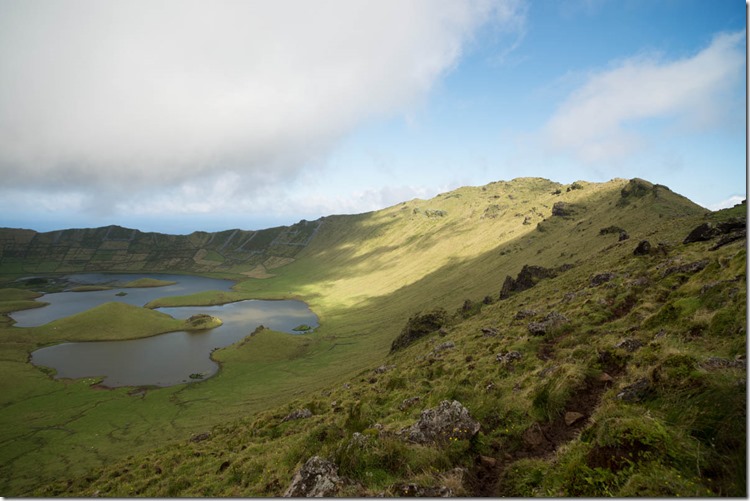 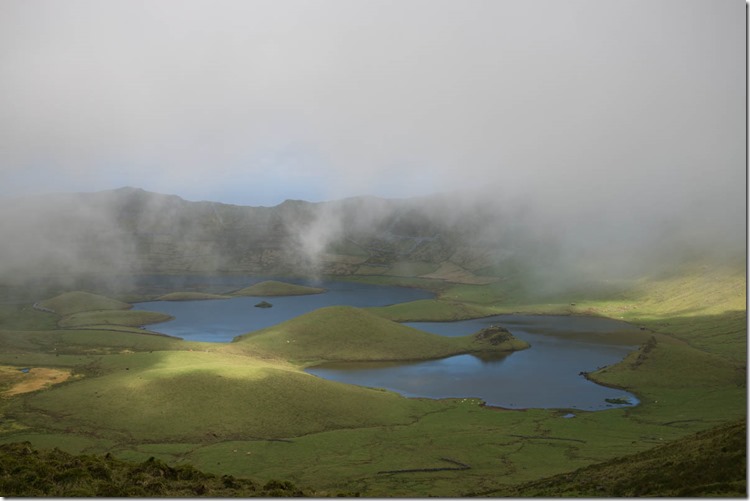 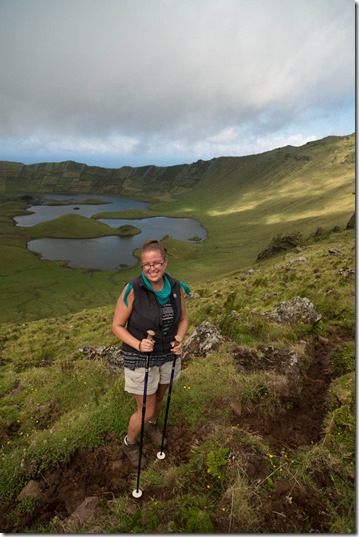 After walking down and re-joining the group we went back and as it got windier by the minute the sea got choppier as well… No fun in the middle as waves got really big and uncomfortable to manoeuvre. Fortunately our skipper was very gentle and experienced so we only got the occasional shower but nothing more…

Suddenly closer to land we were treated with a wonderful sight – dolphins! 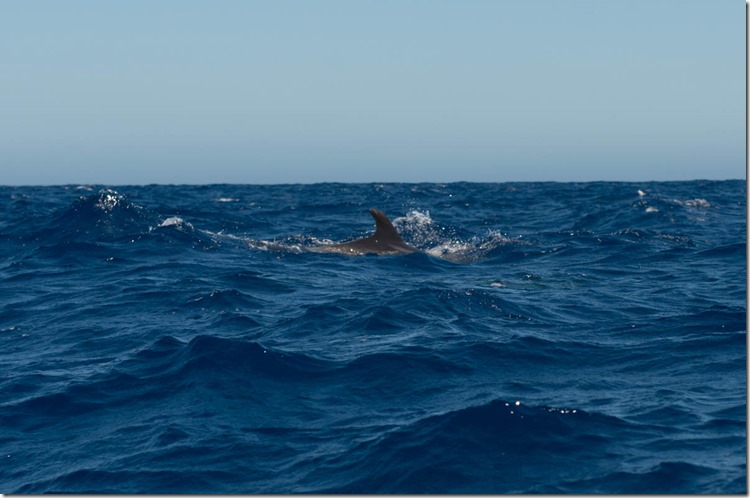 Moss dropping into the sea 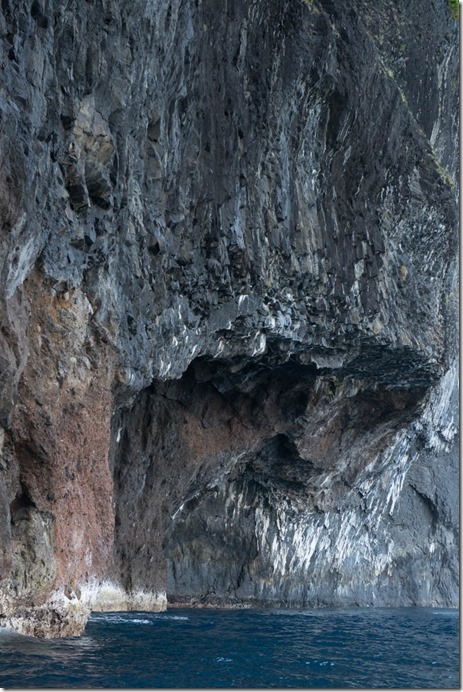 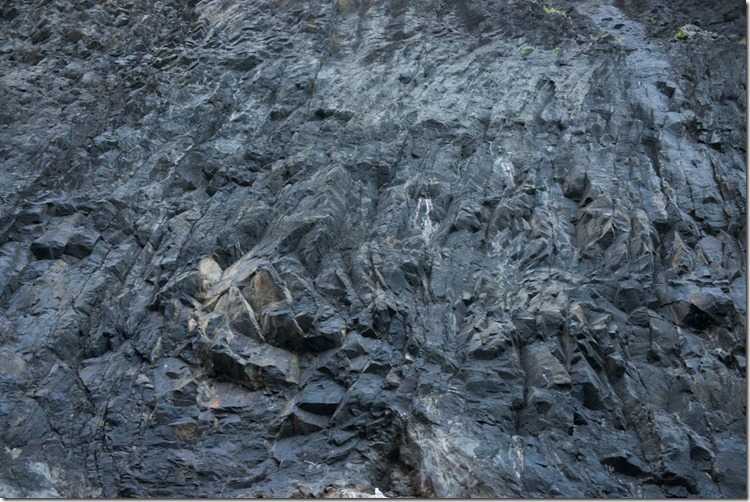 And the last goodbye sight of Corvo

The caves got more colorful

Especially the various rocks were so wonderful

Believe or not – we drove around (behind…) this one

Then the perhaps most beautiful effect of all. Light streaming into water through a slot creating an illumination

This was pure magic 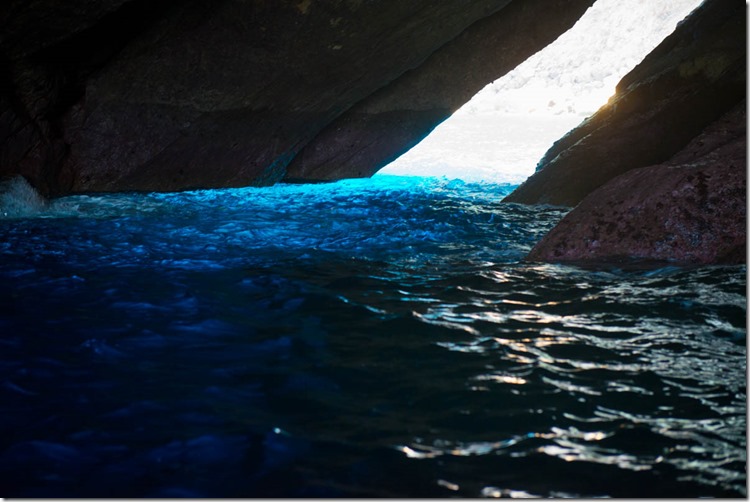 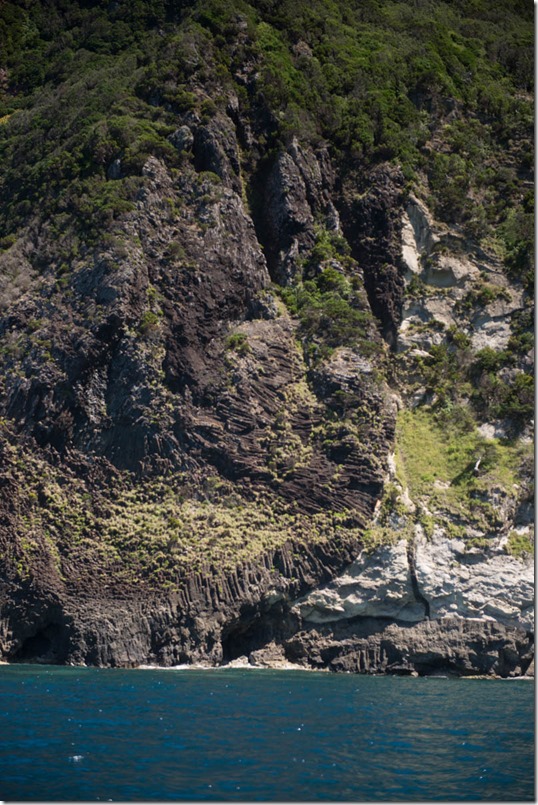 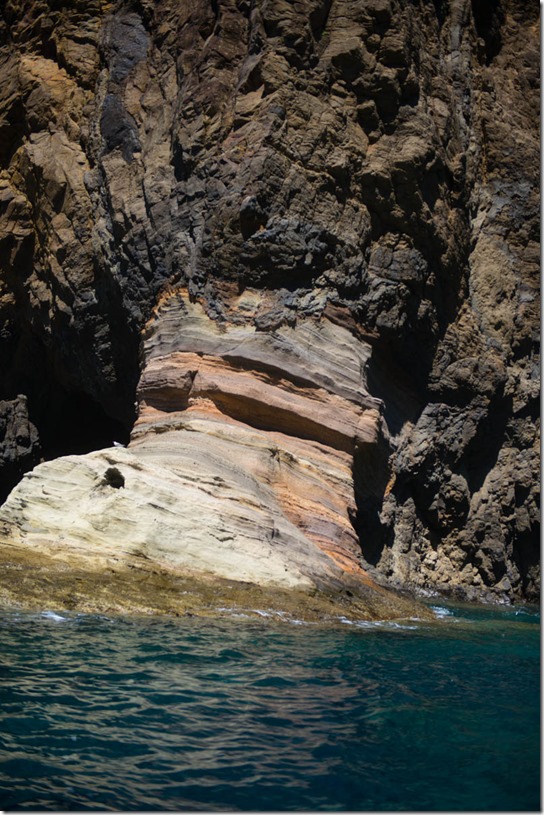 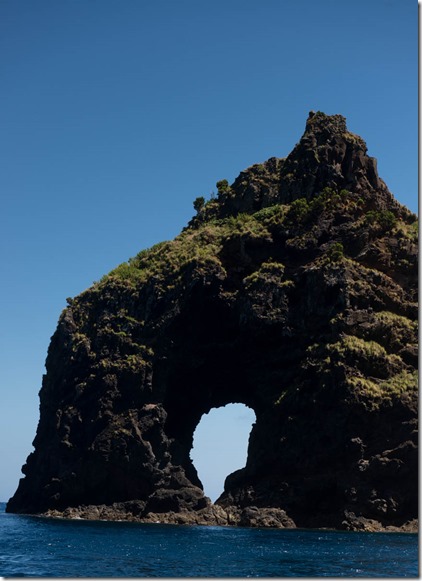 heading home – of course to the right of the rock 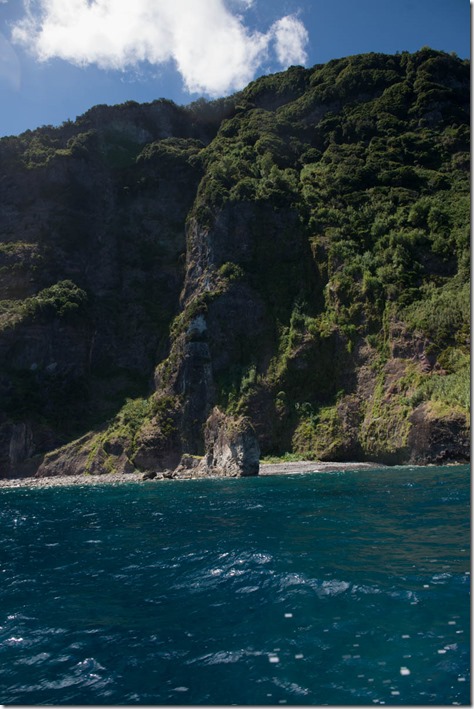 And again the structures

Finally back – safe and sound… In the middle for (no obvious

) reason the cheering stopped a bit but everybody was revived towards the end.

A wonderful discovery we had