The westernmost island of the Azores is Flores – the “flower island” – a small (around 30 * 20 km) and little inhabited island, yet highly green and still very much in pristine state. Technically it is already part of America as it lies – together with its sibling Corvo – on the North American tectonic plate and thus moves away from the European plate (where the other islands are) by some 2-3 cm / year. Due to the exposed situation rainfall is more abundant here (2-3 times) than on the other islands which makes it rather wet… 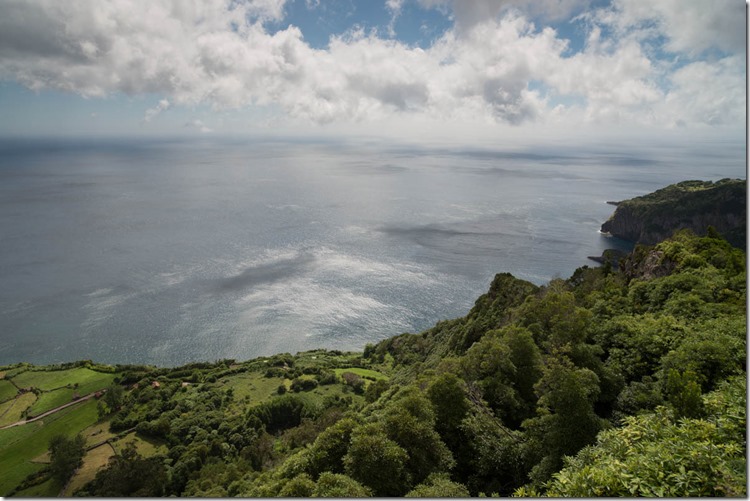 Nice patches – no idea why they are so round…

Our lunch was taken in a local “restaurant” (you don’t have too many with a population of around 12,000). It reminded quite a lot of a very, very deep countryside inn… 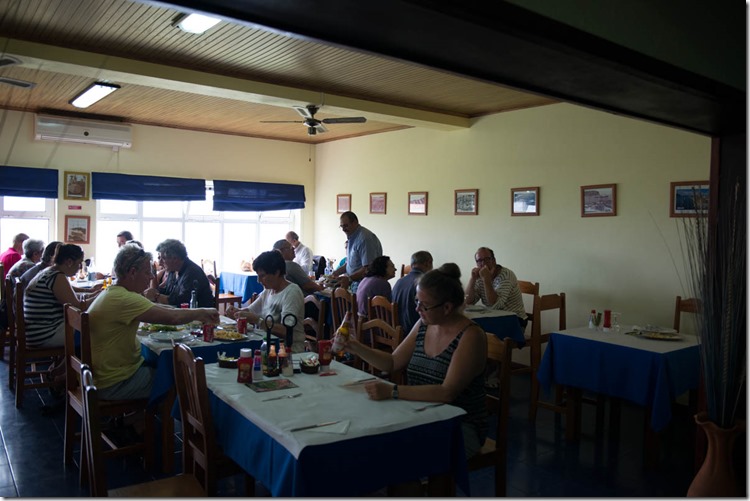 Including the local art

and the food. Delicious it was, nutritious as well

Everyday? No way… You cannot walk enough on these islands to compensate such food – not considering the amount of alcoholic beverages you need to digest as otherwise you’ll still have an upset stomach after 8 hours processing time…

The mirror for sure has seen some better times 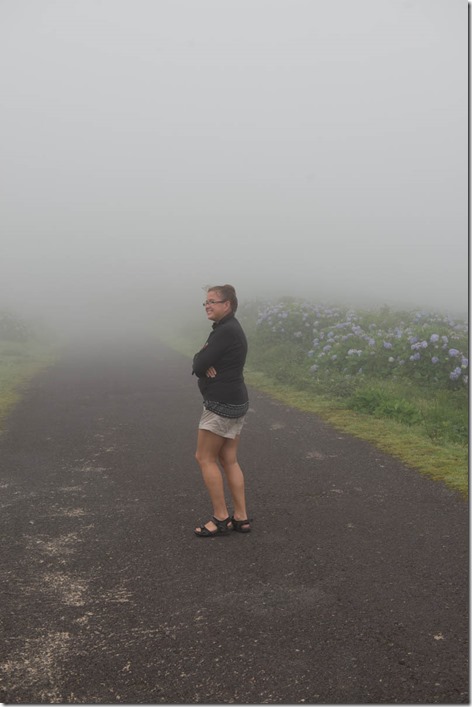 Don’t walk too far – no lights… 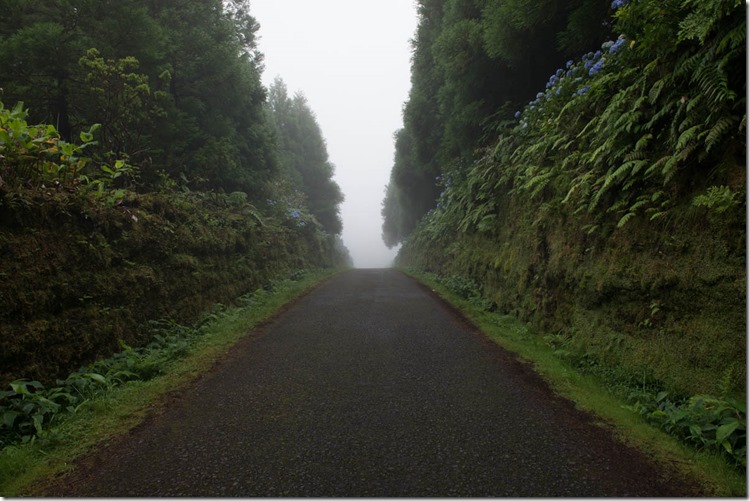 For sure this plant likes the moist climate…

A local kind of strawberry – if edible we didn’t know and didn’t want to try either.

Now on the track it is getting really boggy and swampy. Brown water, mud, lava – lovely 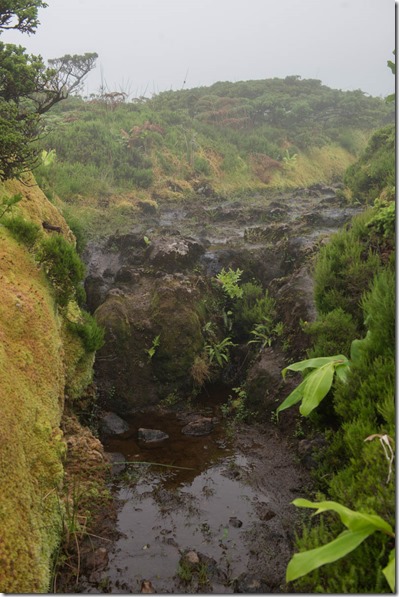 The moss at the sides is sometimes 30 cm thick 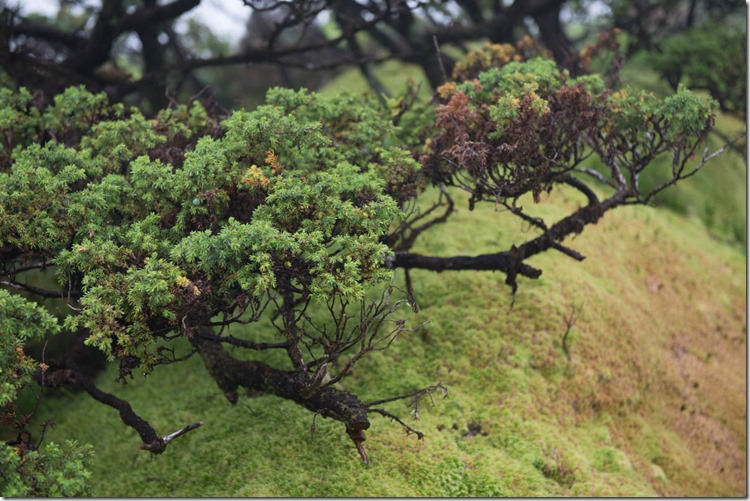 The way is cut through lava and is just beautiful

Even the small dwarf-forest (the bonsai junipers are just nice 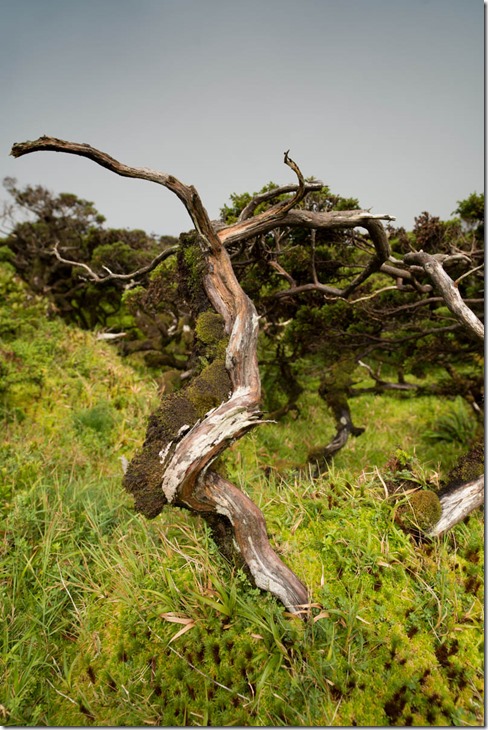 Another cloud coming in 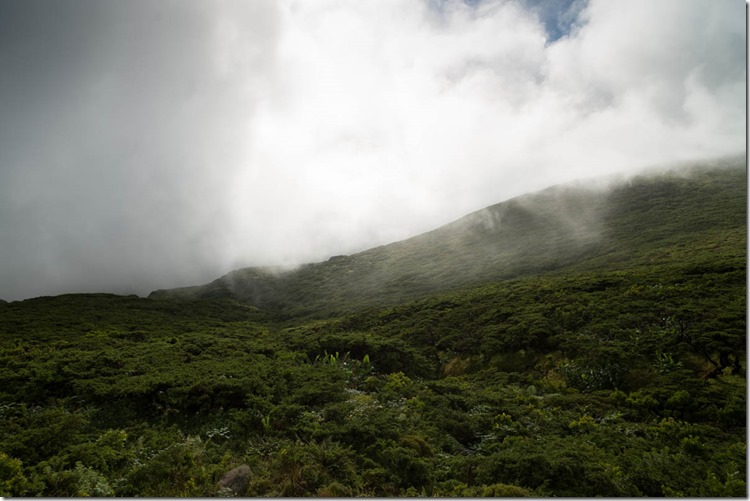 and some sunny spells in between 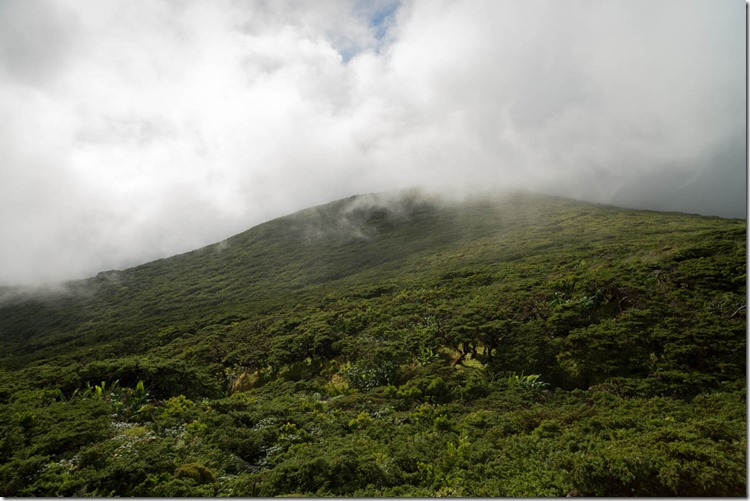 With all that moisture lichen is growing alongside the road 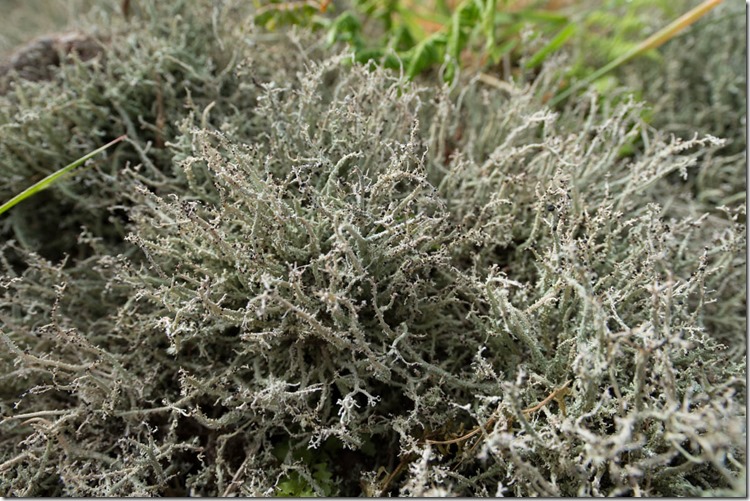 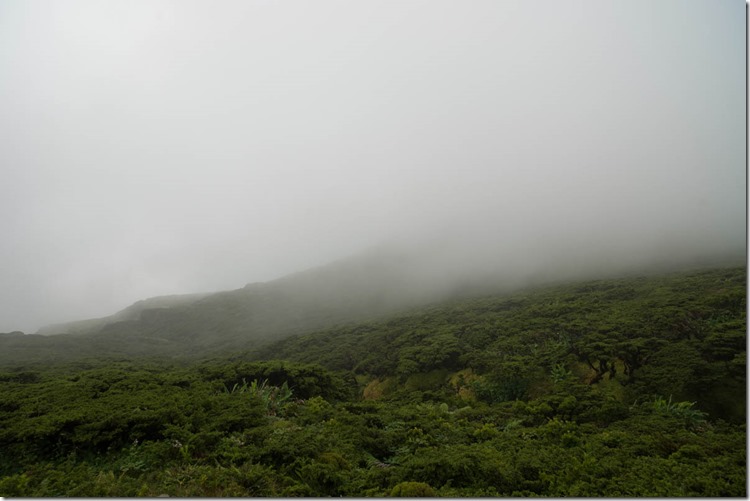 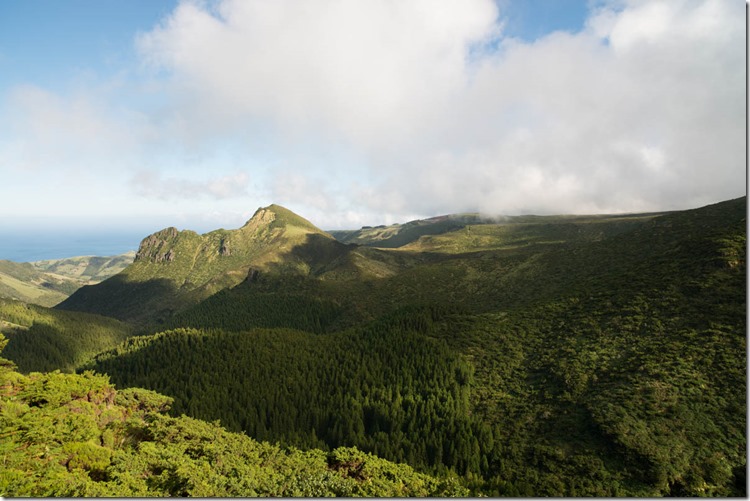 The biggest problem with the clouds is that they are wet as well as a little bit salty (as they come very low over the sea they accumulate some salt as well). All this together leaves a wonderful film on you glasses which you can hardly get away. The big question is then – glasses with moisture or no glasses and poor eyesight

Due to the moisture all mosses grow nicely as well…

along the road and meadows 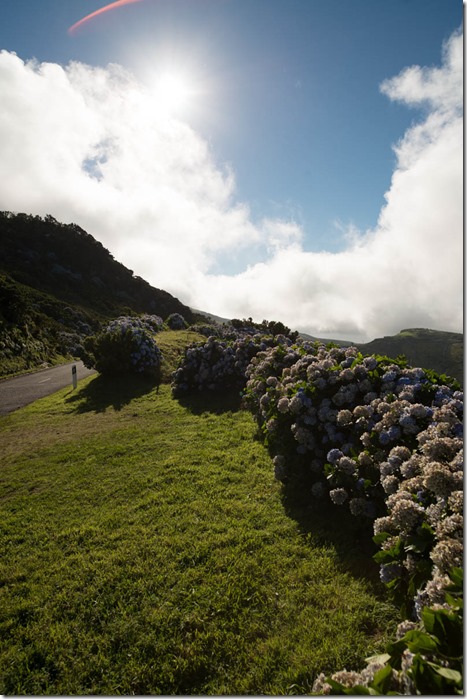 the flanks are covered, too 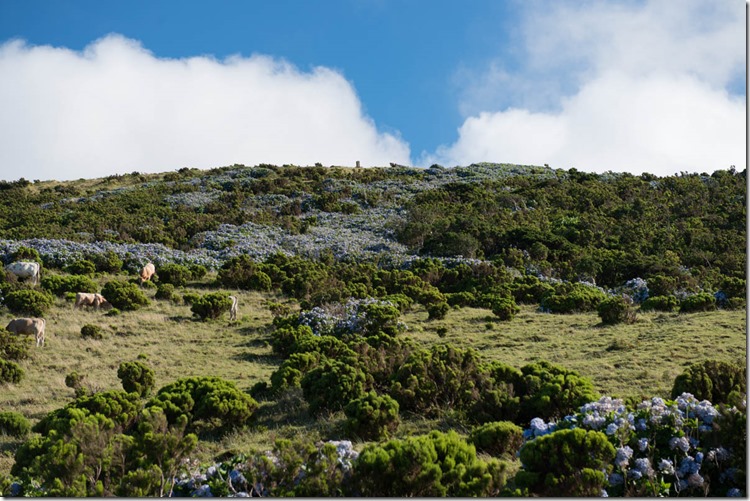 As well as whole hillsides

A slight glimpse of the neighbour Corvo with the typical hat