A Japanese Garden in Scotland – 日本庭園へようこそ

As the British Empire produced vast wealth in the 19th century partially due to industrialization, coal mining and iron production (amongst ravishing other peoples natural resources, plundering their heritage and all the other colonial atrocities…), some people got seriously rich. One of these settled in Dollar (Scotland), and had a daughter (Isabella ‘Ella’ Christie of Cowden (1861 – 1949) – who actually never married or got children; for more see: https://www.cowdengarden.com/the-garden/history/). She travelled the world alone as a very independent traveller to experience the difference…

On her journeys which brought her to Japan the wish arose to have one of these gardes as well so, with the help of a Japanese student in London.:“Taki Handa originally from the Royal School of Garden Design at Nagoya, but at that time studying at Studley College in England“

The garden (which is currently restored and will be amazing when finished) looks pretty much like a „typical“ Japanese garden: 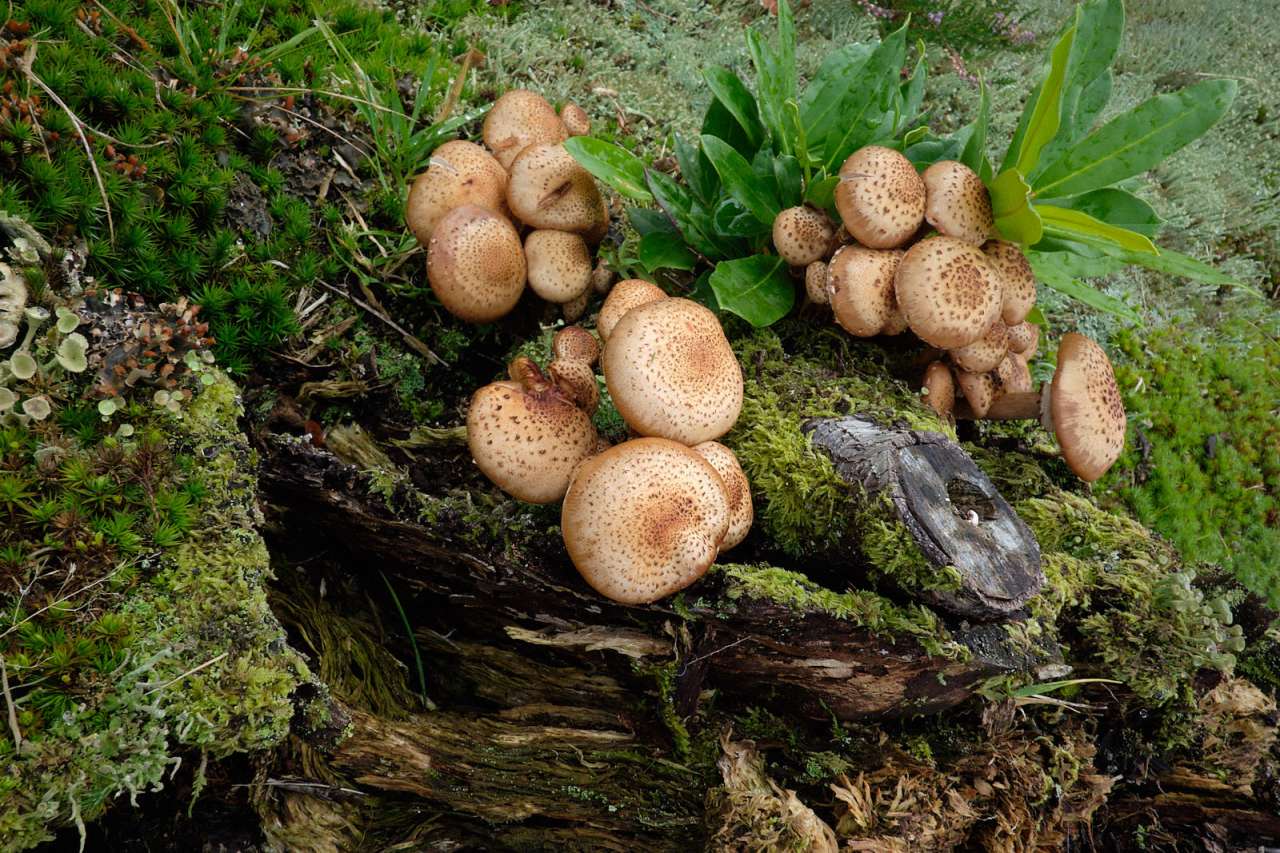 bridges (whereas this one is quite contemporary ;-)) 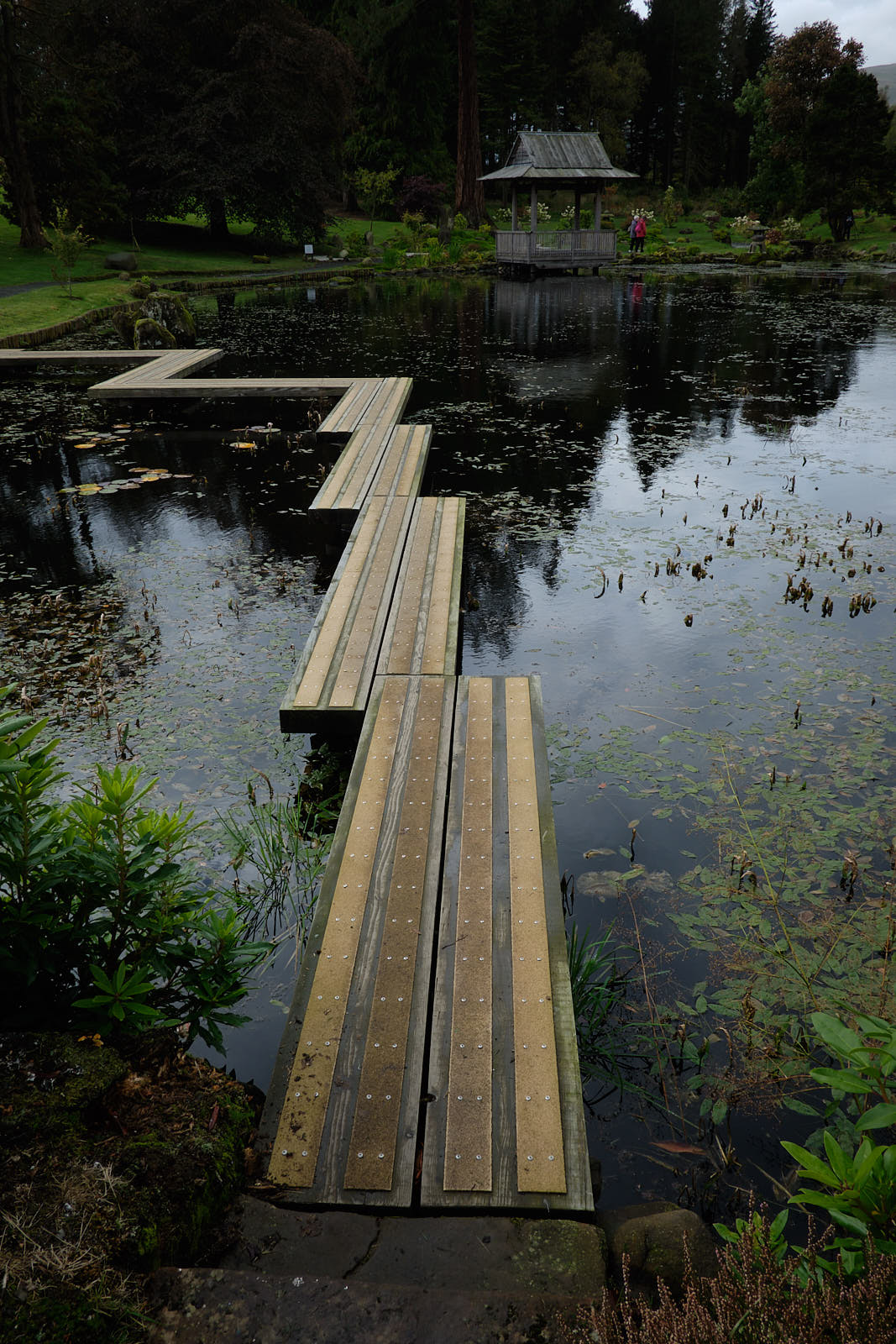 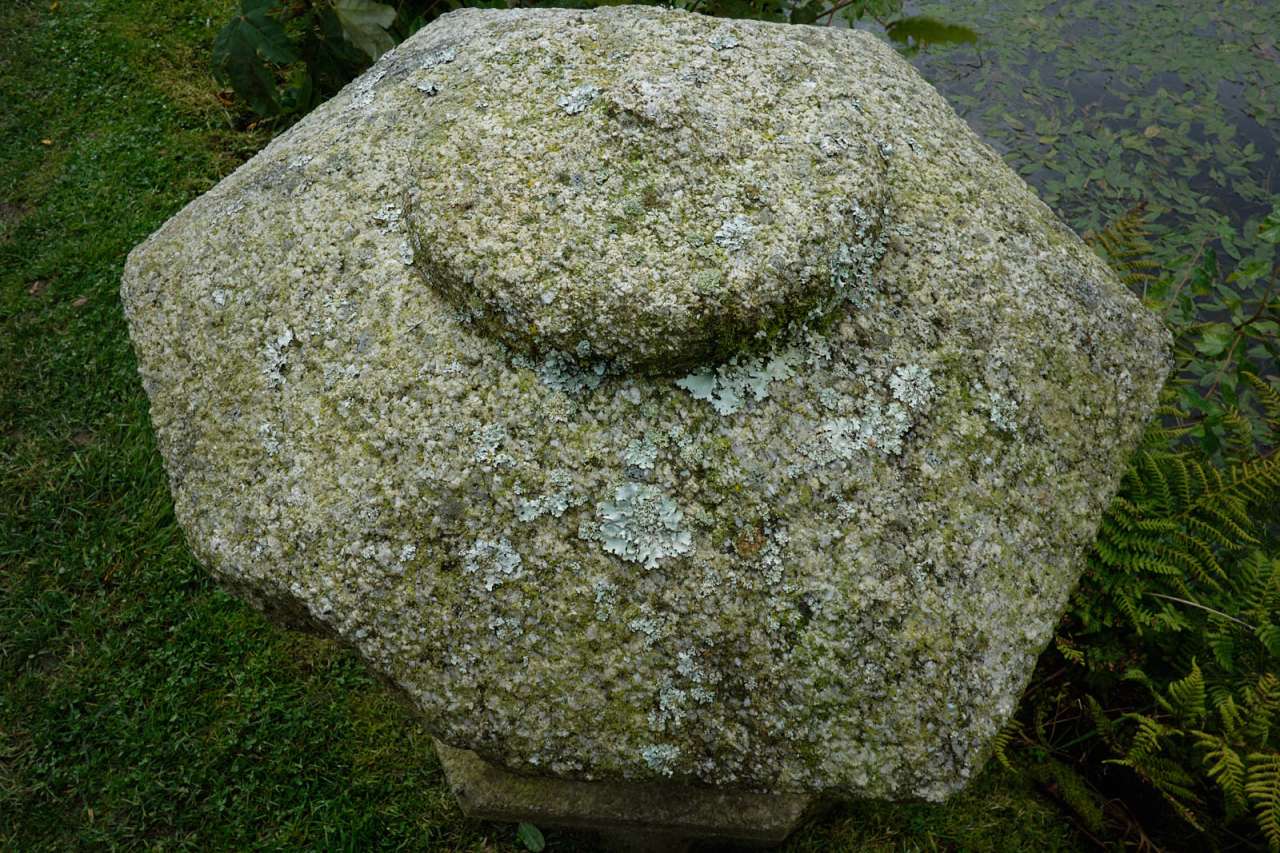 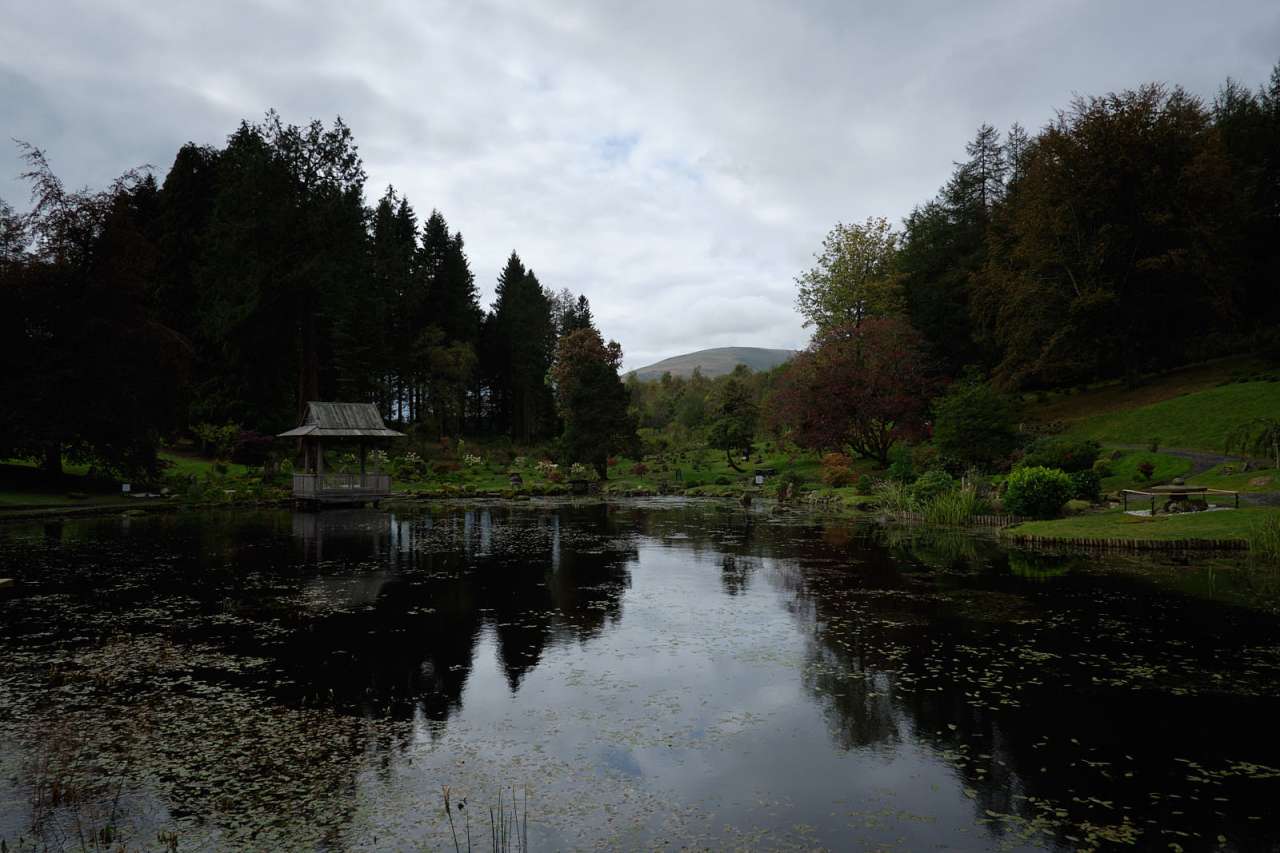 and very much of Nothing

In 20 years the moss will have covered everything

small rivulets coming down the hill

and Japanese maple in autumn

with the last spots of colour

In the forest there are several places for (smaller or bigger) children where typical Japanese things are done. 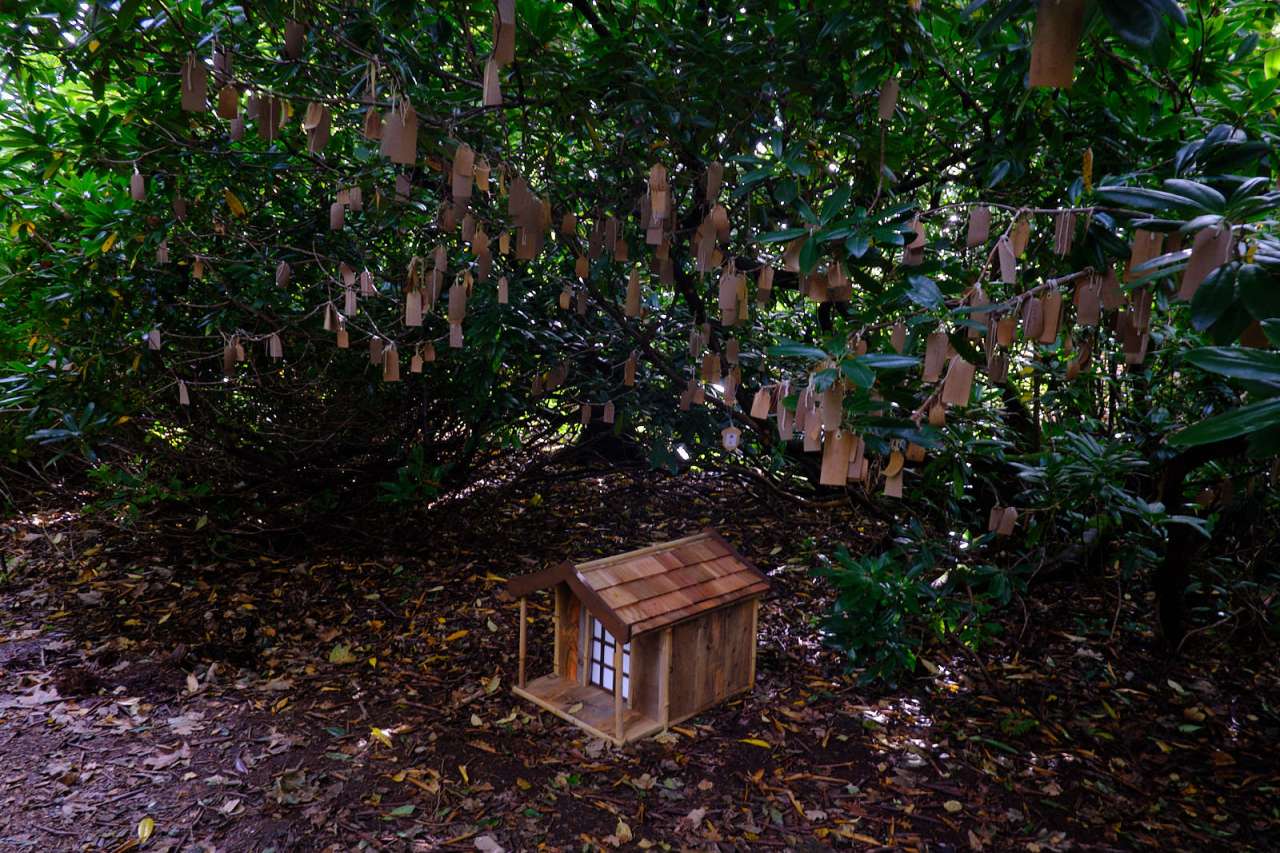 Knotting your wishes on a piece of paper in the trees

letting some bark float along

as I said – for children small and large 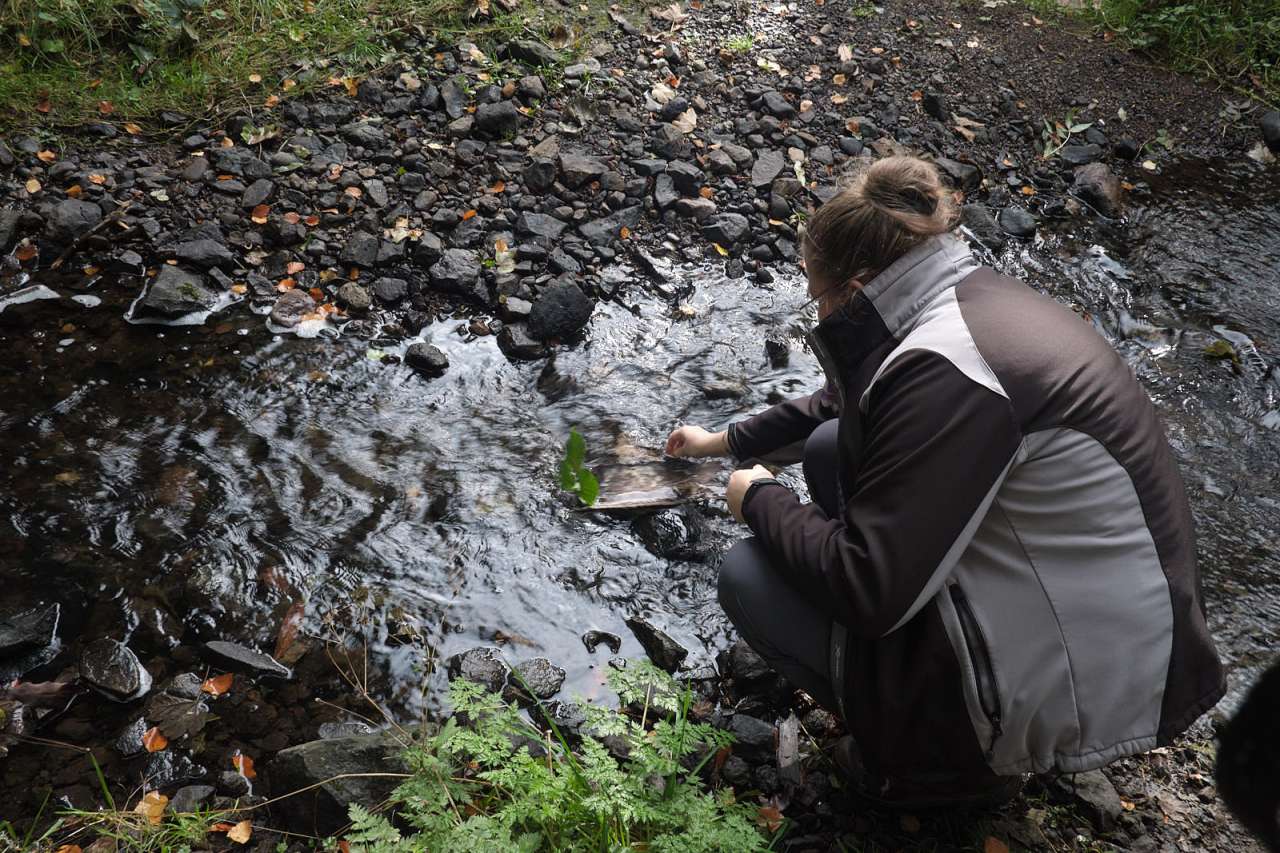